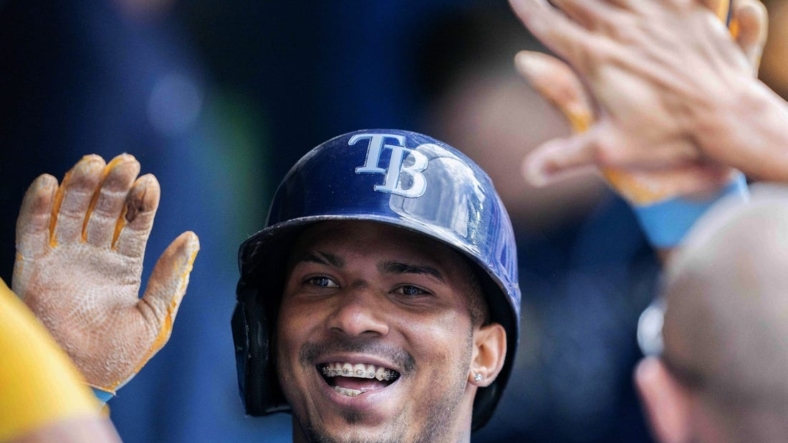 Durham fractured his right hamate bone on July 9 against the Cincinnati Reds and went on the injured list the following day. He underwent surgery on the hand on July 12.

The pain resurfaced after he played in a rehab game for Durham on Aug. 16. He then had to halt his rehab stint on Aug. 21 due to soreness in the hand.

The 21-year-old Franco took batting practice off a pitching machine Friday and Saturday prior to the Rays’ home games against the New York Yankees. He noted the hand was much improved.

“This is definitely the best that I’ve felt since the injury and hope to continue well after this,” Franco said through a translator on Saturday. “Yesterday, I took a lot of swings, so we wanted to see how I feel today.”

Franco has played in just 58 games this season and is batting .260 with five homers and 23 RBIs.

In the offseason, Franco signed an 11-year, $182 million deal with the Rays with an option for the 2033 season. The contract could be worth as much as $223 million due to incentive clauses.

Franco finished third in American League Rookie of the Year balloting last season when he batted .288 with seven homers and 39 RBIs in 70 games.