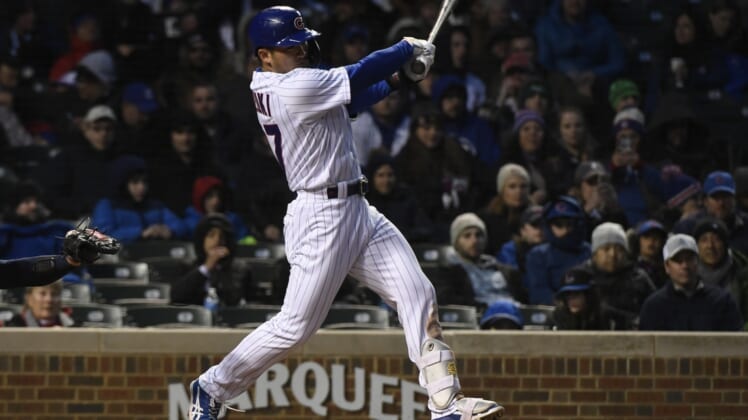 Tampa Bay’s Wander Franco had three hits, including a two-run home run, and a patched-up Rays pitching staff silenced Cubs rookie Seiya Suzuki on the way to a 6-5 victory in Chicago.

Franco’s two-run blast in the third inning traveled 417 feet and was his first home run of the season. That snapped a four-game streak in which Tampa Bay had not hit a home run.

Suzuki had opened the season by hitting in nine straight games, which tied Akiniori Iwamura’s record for the longest streak by a Japanese-born player to open the season. Suzuki entered the game tied with Andy Pafko for the Cubs’ record for a player at the start of his career, set in 1943.

Suzuki went 0 for 1 with three walks. He was on deck when the final out was made.

Tampa Bay manager Kevin Cash successfully used the “opener” role he first came up with in 2018 to conserve the load on his pitching staff. Matt Wisler got the start and held the Cubs scoreless. But Cash turned to Josh Fleming with two outs in the second inning. In all, Tampa Bay used six pitchers.

Fleming earned the win while going 3 1/3 innings. Andrew Kittredge held the Cubs scoreless in the final two innings and picked up the save.

The Rays first showed the opener concept against the Angels on May 19, 2018. The Rays have used the opener strategy 132 times in the regular season and postseason. They are 81-51 in those games.