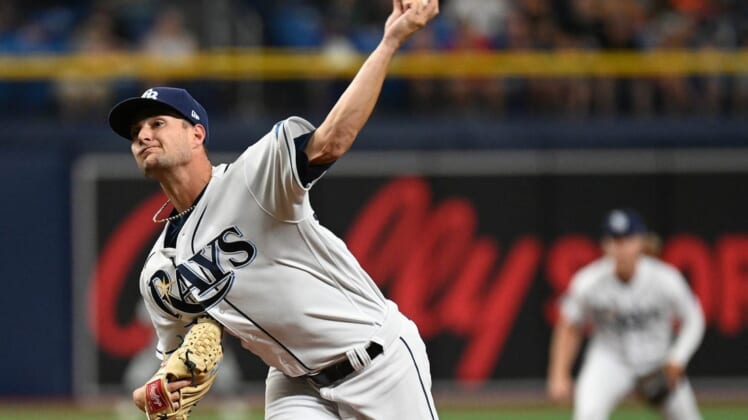 McClanahan (10-3) allowed one run on three hits over 6 1/3 innings. Jason Adam and Ryan Thompson followed before Colin Poche worked around a one-out single in the ninth for his sixth save.

Xander Bogaerts had two of Boston’s five hits. The Red Sox have dropped the first three of the four-game series and nine of their last 13 overall.

Tampa Bay has won three straight games and is 8-4 in its last 12 games, including 8-1 against AL East opponents over that span.

Tampa Bay took an early lead with two runs in the third. The Rays put runners on the corners with one out against Winckowski before Ji-Man Choi and Harold Ramirez followed with back-to-back RBI singles.

McClanahan retired the first 10 batters faced in order before Rafael Devers doubled with one out in the fourth.

Walls hit a one-out solo homer in the fourth to put the Rays ahead 3-0. The 391-foot blast was Walls’ fourth of the season and first since June 7.

Boston got on the board in the fifth when Bogaerts and Alex Verdugo each singled to begin the inning. Bogaerts scored on Christian Vazquez’s double-play grounder.

McClanahan, who was named to his first All-Star Game earlier this week, had no walks and six strikeouts before departing after throwing 85 pitches.

Tampa Bay added an insurance run in the seventh against Jake Diekman when Yandy Diaz’s two-out single to right field scored Josh Lowe from first base.

Boston played without second baseman Trevor Story, who is listed as day-to-day after being hit in the hand with a pitch on a swing Tuesday.