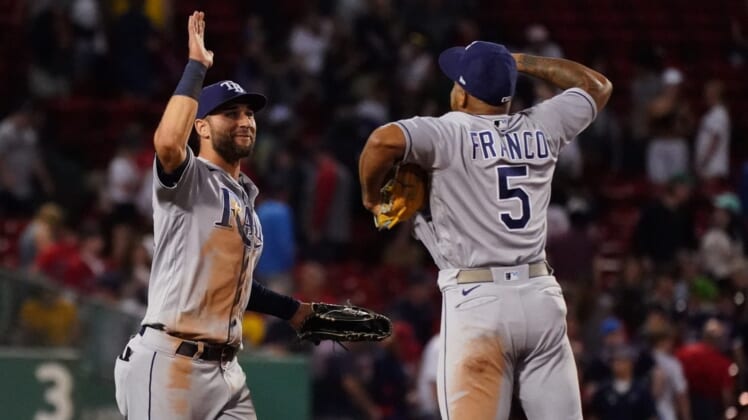 Franco is dealing with right wrist discomfort while Kiermaier is being plagued by left hip inflammation. The move for Springs (right lower leg tightness) is retroactive to Thursday.

Franco is believed to have a hamate injury, manager Kevin Cash said. A fractured hamate could keep Franco out six to eight weeks.

The injury occurred in the first inning of the Rays’ 5-4 loss to the Reds when Franco fouled off a 101 mph pitch from Cincinnati pitcher Hunter Greene.