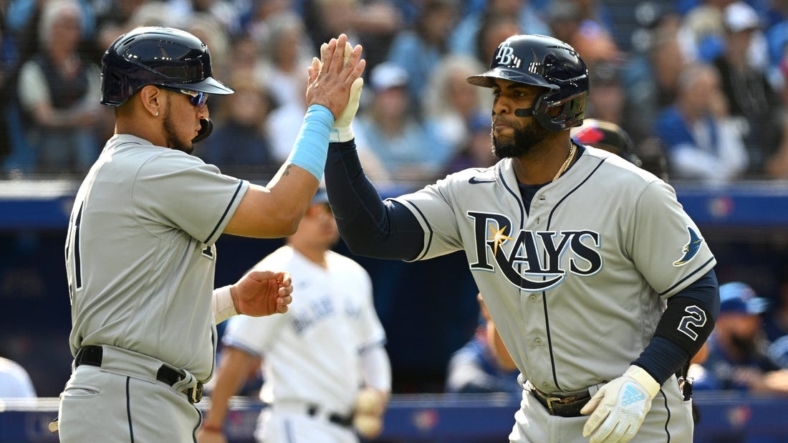 Three of those players were Dominican, and two apiece were born in Cuba and Venezuela. Colombia and Mexico were also represented in the lineup.

The lineup proceeded to bash the Blue Jays in an 11-0 Tampa Bay victory. It also coincided with Roberto Clemente day, which honors the first Latin American player to be enshrined in the Baseball Hall of Fame.

“We’re very proud as Latinos to be in something like this, especially on Roberto Clemente Day, and what he represents for us,” Diaz said through an interpreter. “And I am very honored to be a part of that lineup as well.”

Diaz hit a three-run home run, Margot had a three-run double and Paredes went 2-for-3 with a walk, two RBIs and two runs.

Clemente was a 15-time All-Star and four-time batting champion in 18 seasons with the Pittsburgh Pirates. He had exactly 3,000 hits before tragically dying in a plane crash at age 38 on Dec. 31, 1972.