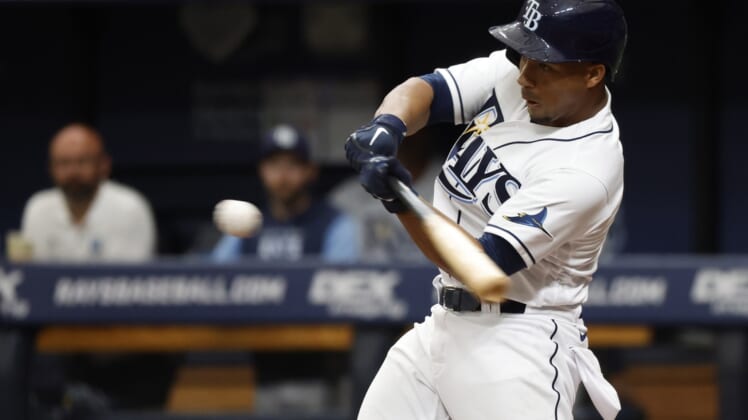 For only the fifth time in their 25-year existence, the Tampa Bay Rays have started a season 2-0. More importantly, they have continued to do what they seem to do best — beat the Baltimore Orioles.

After securing their first series win of the season Saturday, the Rays will attempt to claim their first sweep Sunday afternoon when they host the Orioles in the series finale in St. Petersburg, Fla.

Through two games, two major keys have been the play of catcher Francisco Mejia and a strong pitching staff.

The 26-year-old Mejia, a backup to All-Star backstop Mike Zunino, has driven in four runs through two games with a go-ahead sacrifice fly Friday and a two-run homer and RBI single Saturday.

“If I recall, I think he got off to a pretty good start last year as well,” Rays manager Kevin Cash said after Saturday’s 5-3 win. “He has picked us up. Two big at-bats for us.”

In 18 stellar innings, Tampa Bay pitching has allowed Baltimore four runs on 15 hits, while striking out 24 and walking four.

The Rays have won 14 consecutive games against the Orioles and are 20-1 against Baltimore since the start of the 2021 season.

Right-hander Corey Kluber will make his Tampa Bay debut on his 36th birthday. He played with the New York Yankees last season, posting a 5-3 mark with a 3.83 ERA over 16 starts.

Towering right-hander Tyler Wells will take the ball Sunday for the Orioles in his first major league start. After making 44 relief appearances last season, the 6-foot-8 Wells has been converted to a starter and earned a spot in manager Brandon Hyde’s rotation.

“I’m excited for the opportunity, honestly,” Wells said in camp. “This spring training has definitely been a lot of learning, kind of getting back to the roots of what starting was for me, especially back in the minors.”

Across four outings against the Rays, he has no record and a 3.00 ERA. He has whiffed 12 batters in six innings and allowed a .182 batting average.

In a search for more experienced depth in its rotation, the Orioles signed Matt Harvey, 33, to a minor-league deal on Friday.

The former Mets ace, who started the 2013 All-Star Game, will report to Baltimore’s extended spring training camp in Sarasota, Fla., and begin to ramp up his pitching.

Last season, Harvey pitched the second-most innings for Baltimore (127 2/3) and went 6-14 with a 6.27 ERA over 28 starts. His highlight was crafting a career-best 21 2/3-inning scoreless streak last summer.