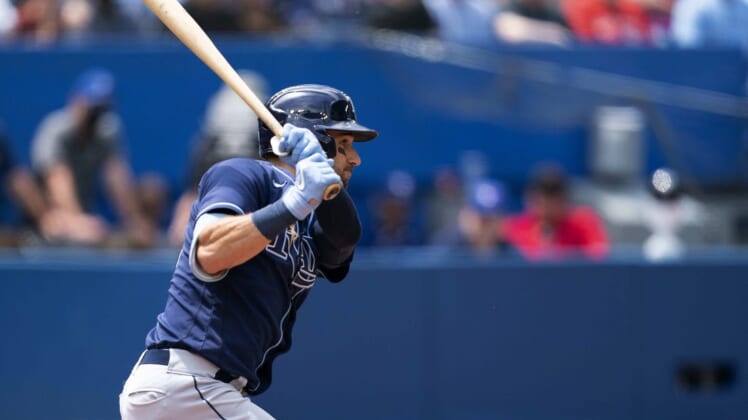 Kiermaier commented on the move, saying, “I’m not going to be back anytime soon … I’ll see the specialist after the break … This was the move that needed to be made, and I totally understand and agree with it.”

The Rays reinstated second baseman/outfielder Brandon Lowe (back) from the 60-day IL in a corresponding move.

Kiermaier, 32, has played for Tampa Bay for parts of 10 straight seasons. This year he was batting .228 with 22 RBIs and seven home runs.

Baz, 23, was listed before the season as No. 2 overall on Baseball America’s Top 100 list, but missed the first two months of the season following arthroscopic surgery on the elbow. He made six starts this season, compiling a 5.00 ERA with 30 strikeouts in 27 innings.

Lowe, 28, who was activated and inserted into the lineup Saturday, has appeared in 32 games this season, but none since May 15. He’s batting .212 with 12 RBIs and five home runs.

Yarbrough, 30, has appeared in eight games (six starts), with his most recent appearance coming in a June 30 loss to the Toronto Blue Jays. He holds a 5.82 ERA with 20 strikeouts over 34 innings this season.