Rays fend off Orioles in 10 to snap 4-game skid 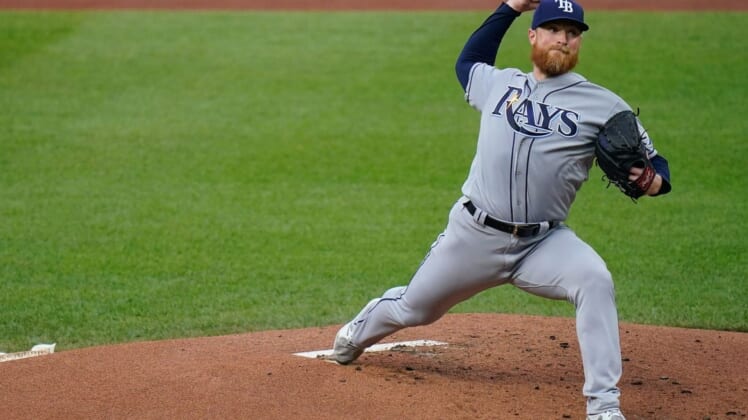 Randy Arozarena ripped a two-run double in the 10th inning to lift the visiting Tampa Bay Rays to a 6-4 victory over the Baltimore Orioles on Wednesday.

After seeing its early three-run lead erased, Tampa Bay loaded the bases against Jorge Lopez (4-6) with no outs in the 10th inning. Arozarena drove a fly ball over the head of right fielder Anthony Santander, allowing Taylor Walls and Roman Quinn to score to give the Rays a 6-4 lead.

The late uprising made a winner out of Colin Poche (3-1), who surrendered Jorge Mateo’s game-tying, solo homer with one out in the ninth inning. Poche, who allowed one run on two hits in one inning, also served up Ramon Urias’ two-run homer in the eighth inning of the Orioles’ 5-3 victory on Tuesday.

Pete Fairbanks retired the side in order in the 10th inning to secure his first save of the season.

Ji-Man Choi belted a two-run homer, Luke Raley added a solo shot and Yandy Diaz had an RBI double among his three hits to help the Rays snap a four-game losing skid.

Arozarena slapped a two-out single in the first inning before Choi deposited a first-pitch fastball from Tyler Wells over the center-field wall to open the scoring. Choi’s homer was his eighth of the season and first since July 3.

Raley sent a 2-1 fastball from Wells over the wall in center field to give Tampa Bay a 3-0 lead in the second inning. The homer was the first of the season for Raley, who is 5-for-11 with three extra-base hits (two doubles, one homer) in the series.

Baltimore shaved the Rays’ advantage to 3-2 after scoring a run in both the second and third innings. Rougned Odor’s chopper found its way through the left side of the infield in the second and rookie Adley Rutschman scored on a wild pitch from starter Drew Rasmussen in the third.

Wells exited with lower back discomfort in the fifth inning and Diaz greeted Dillon Tate by ripping an RBI double to right field. Josh Lowe scored easily from second base to give the Rays a 4-2 lead.

Rutschman once again trimmed the deficit to one in the fifth inning by scoring on a throwing error by right fielder Raley.