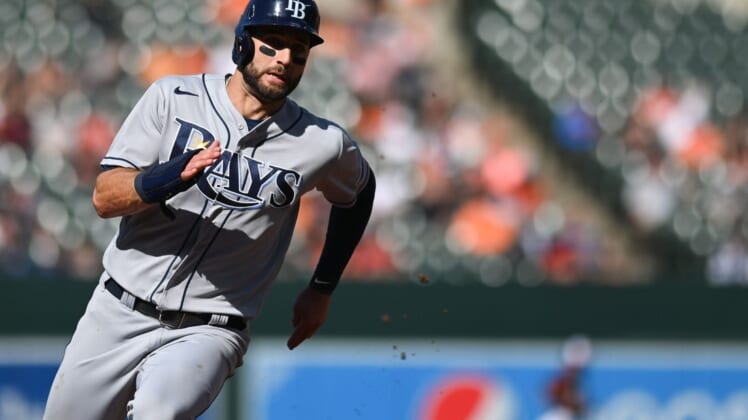 Tampa Bay Rays center fielder Kevin Kiermaier said Tuesday that he is hopeful of returning from his left hip injury on Friday.

Kiermaier went 0-for-2 with a walk in six innings of a rehab game for the rookie-level FCL Rays on Tuesday afternoon in hot and humid conditions at Port Charlotte, Fla.

He later met with reporters at Tropicana Field prior to a night game against the Milwaukee Brewers.

“Today was a good test playing at Port Charlotte,” Kiermaier said. “It was tough holding onto my bat, so I’m looking forward to being back in the big leagues.”

Kiermaier has been out since leaving a game against the New York Yankees on June 20 due to soreness in the hip.

Kiermaier is in his ninth big league season, all with the Rays. The three-time Gold Glove winner has a .248 average with 82 homers and 311 RBIs in 907 career games.