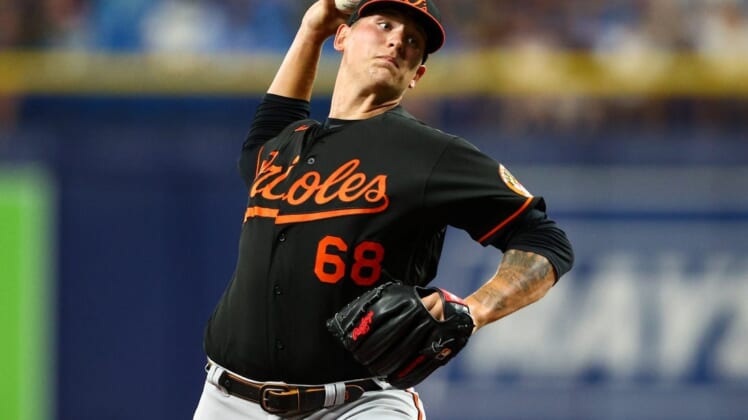 The result snapped Baltimore’s 10-game winning streak, the club’s longest since a 13-game stretch in 1999. The Orioles had not lost since a July 2 game against Minnesota. The Rays earned their fifth win in a row.

The defeat did not come without a fight, as Ramon Urias hit a two-run home run in the eighth inning, his second long ball of the game, to pull the Orioles within one run of the Rays.

However, Tampa Bay reliever Brooks Raley shut down Baltimore in order in the ninth inning to pick up his sixth save of the season. Matt Wisler (3-3) got the win after pitching one scoreless inning in relief.

Chang finished with a pair of RBI doubles, and Harold Ramirez and Lowe also had two hits apiece for Tampa Bay.

Trey Mancini collected three hits, including a homer for Baltimore, which got two hits apiece from Urias and Austin Hays.

The Orioles started off looking as if they were about to continue the streak. Mancini homered for a 1-0 lead in the third inning, but Urias level the score with a solo shot in the fourth.

Tampa Bay starter Luis Patino pitched 3 1/3 innings after he was activated from the 60-day injury list earlier on Friday. He gave up two runs on four hits and one walk and fanned none before he was removed after Urias’ first home run.

The Rays, who were fresh off a four-game sweep of the Boston Red Sox, now have defeated the Orioles in 24 of 29 meetings the past two seasons.