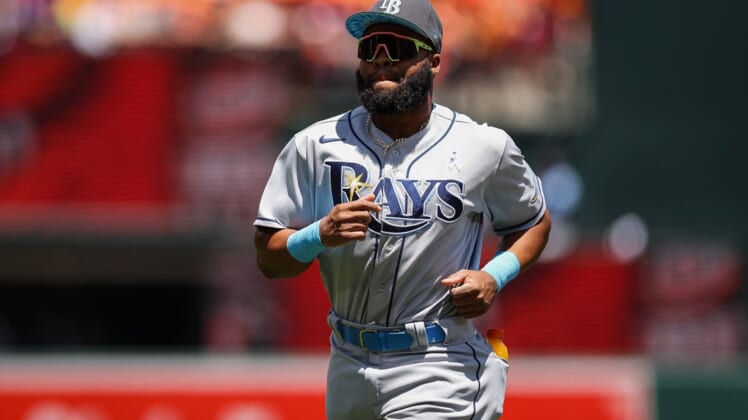 The Rays made room on the active roster by placing outfielder Roman Quinn on the 10-day IL with a left knee contusion.

Right-hander Ralph Garza Jr. was designated for assignment to clear space on the 40-man roster.

Margot, 27, has not played for the Rays since injuring his right knee trying to make a leaping catch at the fence on June 20 against the New York Yankees.

He was placed on the 10-day injured list the next day and transferred to the 60-day IL on June 23. He batted .231 with two RBIs in seven rehab games at two minor league levels.

Margot was batting .302 with three homers and 27 RBIs in 51 games before the injury.

He was in the starting lineup for Saturday’s game against the visiting Kansas City Royals, playing right field and batting third.