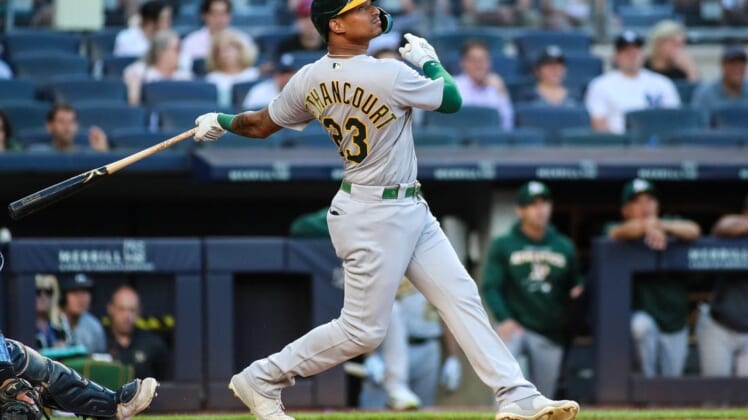 The Tampa Bay Rays acquired the versatile Christian Bethancourt from the Oakland Athletics on Saturday.

To make room on the 40-man roster, the Rays designated right-hander David McKay for assignment.

Bethancourt, who has served as a catcher, first baseman and outfielder, is batting .249 with four homers and 19 RBIs in 56 games this season with Oakland.

McKay, 27, is 0-0 with a 9.00 ERA in three appearances this season split between the New York Yankees and Rays.