Ray Guy, only NFL punter in Hall of Fame, dies after long illness 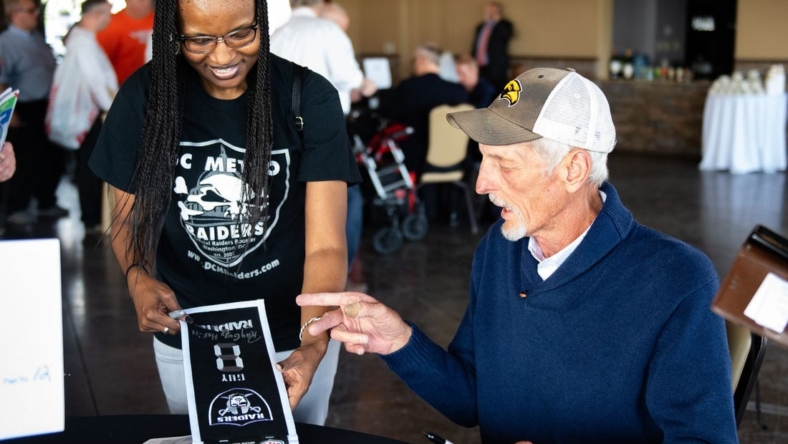 Ray Guy, considered by many to be the greatest punter in NFL history, died Thursday following a lengthy illness.

His alma mater, Southern Mississippi, announced his passing. The university said he was 73, though several other sources list him as 72.

At Southern Miss (1970-72), Guy also played defensive back. He has the longest punting average in the history of the Golden Eagles at 44.7 yards, and he still ranks among a trio of players to hold the school record for interceptions in a season with eight, achieved in 1972. He is second in career interceptions (18) and was named an All-American in his final college season.

He remains at legend at Southern Miss, where he also kicked field goals, including a 61-yark kick against Utah State that set an NCAA record at the time. A pitcher on the Golden Eagles baseball team, he threw one of six no-hitters in program history.

The Oakland Raiders selected him with the No. 23 overall pick in the 1973 NFL Draft — making him the first and still only punter ever taken in the first round. He also became the only punter enshrined in the Pro Football Hall of Fame when elected in 2014.

“When we first drafted him, it was a heck of a choice,” John Madden, the late Raiders coach, once said of Guy. “I thought then he could be the greatest in the league, but I changed my mind. I think Ray proved he’s the best of all time.”

Guy, a Georgia native, spent 14 seasons in the NFL, all with the Raiders franchise. He was selected as an All-Pro six times and won three Super Bowls with the Raiders, the most title ever for an NFL punter. He also was named to the 75th and 100th anniversary NFL all-time teams at punter and the 1970s All-Decade Team.

His selection to the Hall of Fame was long overdue when he finally was voted in.

“I hope I inspire young punters to achieve their dreams to one day play in the NFL and maybe even be elected into the Hall of Fame,” Guy said in his induction speech. “It’s been a long, long overdue, but now the Hall of Fame has a complete team. Punters are a very important part of the team, regardless how many times they step on to the field. t only takes one play to change the outcome of a game. So punters, keep the faith. You are an important part of every game.”

He continued: “It’s awesome to be considered one of the game’s best and a member of the Pro Football Hall of Fame. To know my legacy will forever be a part of pro football history and that my bust will be alongside the greatest athletes of all times. It leaves this old punter speechless.”

When he retired, he did so with a streak of 619 straight punts without a block and only three blocked in his career. After retirement, he went on to work for Southern Miss.

The annual award for college football’s top punter, the Ray Guy Award, is named in his honor.