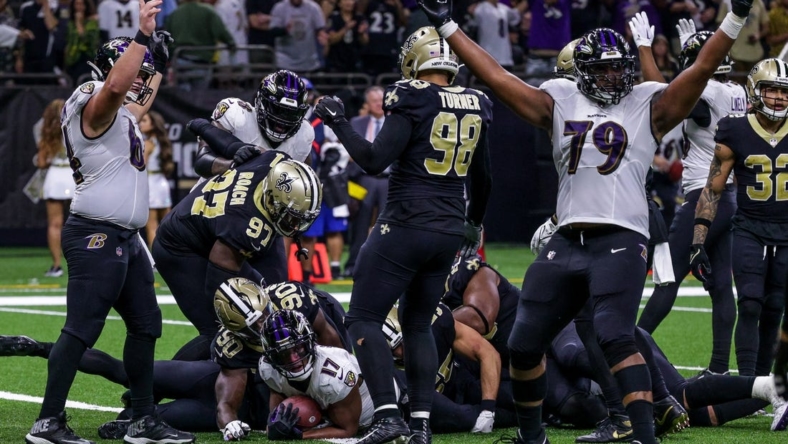 Kenyan Drake rushed for two touchdowns and Lamar Jackson passed for one as the Baltimore Ravens won their third consecutive game by defeating the host New Orleans Saints 27-13 on Monday night.

The Baltimore defense was bolstered by the debut of linebacker Roquan Smith, who was acquired in a trade with Chicago last week, and the activation of linebacker Tyus Bowser, who hadn’t played this season because of an Achilles injury. It kept the Saints (3-6) out of the end zone for more than 55 minutes and limited them to 243 total yards, including just 48 rushing.

The Ravens held running back Alvin Kamara, who had 158 yards of total offense and three touchdowns in a victory against Las Vegas last week, to 30 yards on nine rushes and 32 yards on three receptions.

On the first possession of the third quarter, the Ravens drove to Justin Tucker’s 32-yard field goal that increased their lead to 17-3.

On the ensuing possession, Wil Lutz’s 33-yard field goal trimmed the lead to 17-6 by the end of the third quarter.

Jackson threw a 24-yard touchdown pass to Isaiah Likely to give Baltimore a 7-0 lead at the end of the first quarter.

Drake’s 1-yard touchdown run increased the lead to 14-0 before Lutz kicked a 33-yard field goal on the last play of the half to cut the lead to 14-3 at halftime.