Ravens reportedly in on Le’Veon bell, but favored to land Mark Ingram 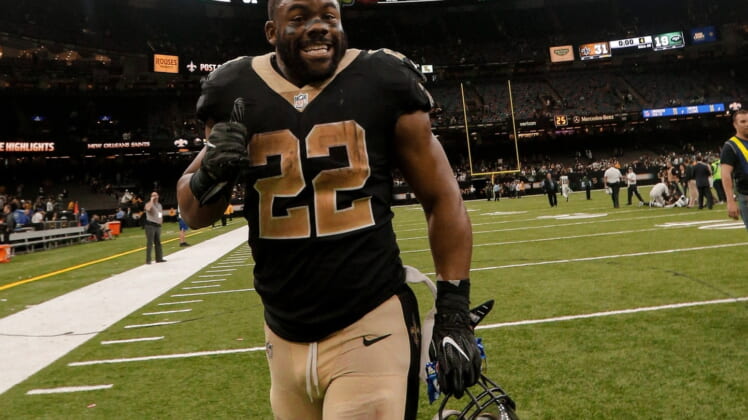 The Baltimore Ravens are reportedly at least partially engaged in Le’Veon Bell discussions, but signing Mark Ingram appears to be much more likely.

The New York Jets have long been favored to land Bell, and that sentiment remains. However, Ian Rapoport of NFL Media reports the Ravens have a shot at the dynamic dual-threat running back.

While the #Jets made a best and final offer to Le’Veon Bell, the #Ravens are still in it, as well, I’m told. And Bell has indicated to some friends around the league how much he likes Baltimore. It seems like Ravens vs. Jets for Bell at the end.

Rapoport also shared Tuesday that the Ravens are discussing a potential deal with Ingram, and that they are the “favorites” to sign him.

Meanwhile… the #Ravens have been in discussing with RB Mark Ingram on a potential deal, which makes sense as he’s parting ways with the #Saints. They’re the favorites for Ingram.

Obviously, Bell is the big splash and could do wonders for the Ravens’ passing game and Lamar Jackson if he were to sign in Baltimore.

However, when it comes to what the Ravens have to accomplish overall after losing defensive stars this offseason, perhaps it makes more sense to take the cheaper, yet sill effective Ingram.