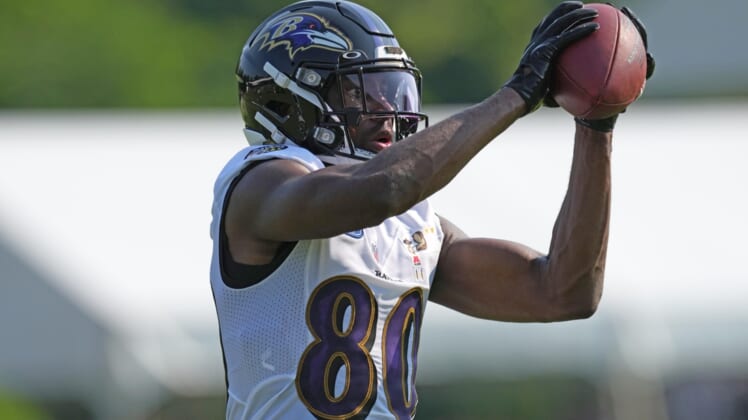 The Baltimore Ravens released wide receiver Miles Boykin on Monday after he played three seasons for the club.

Boykin, 25, appeared in 40 games for Baltimore over three years, starting 24. He featured more in the Ravens’ offense in 2019 and 2020 before a hamstring injury caused him to start the 2021 season on injured reserve.

Once he returned last season, Boykin only played 35 snaps on offense. The former third-round pick out of Notre Dame in 2019 caught his lone target of the season for a 6-yard gain.

Boykin totaled 470 yards on 33 receptions with seven touchdowns in his three seasons with Baltimore, while also contributing on special teams.

Huntley started four games for the Ravens in 2021 with Lamar Jackson sidelined by illness and injuries. The Utah product completed 64.9 percent of his passes for 1,081 yards, three touchdowns and four interceptions in seven total appearances last season.