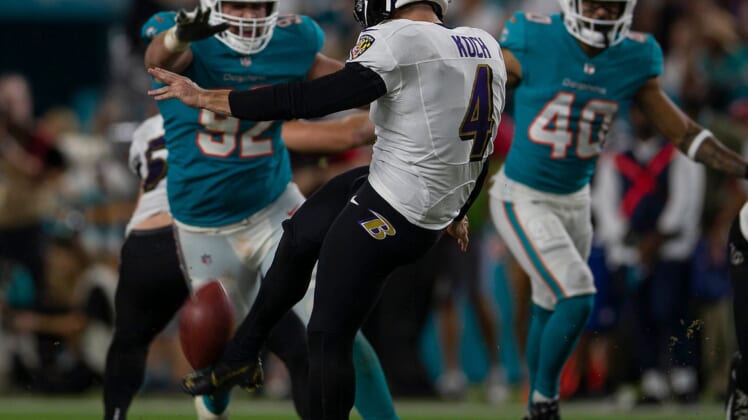 Sam Koch retired from the NFL after 16 seasons, 256 games and one Super Bowl ring with the Baltimore Ravens.

“I am grateful of you for taking a chance on me,” Koch said Thursday while seated between head coach John Harbaugh and general manager Eric DeCosta.

Koch was the longest-tenured player in Ravens’ franchise history, joining the team in 2006 as a sixth-round pick out of Nebraska.

“You never really go into it thinking one of your best draft picks is going to be a punter,” DeCosta said Thursday. “But in this case it’s true.”

An All-Pro and Pro Bowl selection in 2015, Koch pinned 453 of his 1,168 career punts inside the 20-yard-line. For his directional punting skills, Harbaugh said Thursday that Koch “changed the game.”

Koch, 39, was part of the Ravens’ 2013 Super Bowl win over the San Francisco 49ers in a game played in New Orleans and featuring the then-Superdome power outage.

A superb all-around athlete as identified by teammates, Koch completed 7 of 8 passes in his career with five first downs.