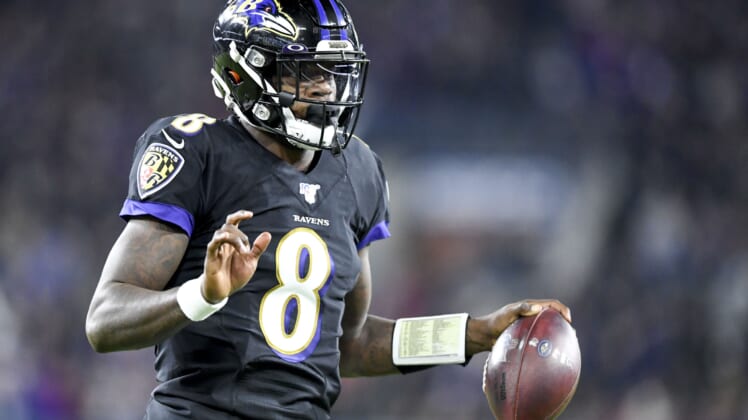 The Baltimore Ravens are looking like an absolute juggernaut heading into next week’s game against the 10-1 San Francisco 49ers.

They absolutely manhandled the the Los Angeles Rams in every possible way Monday night.

Baltimore pretty much took any fight out of the Rams in the first half after Lamar Jackson threw two touchdowns and put up a dazzling run to set up another score.

The likely NFL MVP also set yet another record. Jackson became the first quarterback in NFL history to throw four touchdowns and run for 50-plus yards in consecutive games.

At this point, there’s really no words to explain just how darn good Mr. Jackson is right now.

The second-year quarterback ended his evening early in the fourth quarter with Baltimore up 42-6.

He did so having completed 15-of-20 passes for 169 yards with five touchdowns and zero interceptions while adding another 95 yards on eight rushing attempts.