Ravens have not yet decided to keep Robert Griffin III 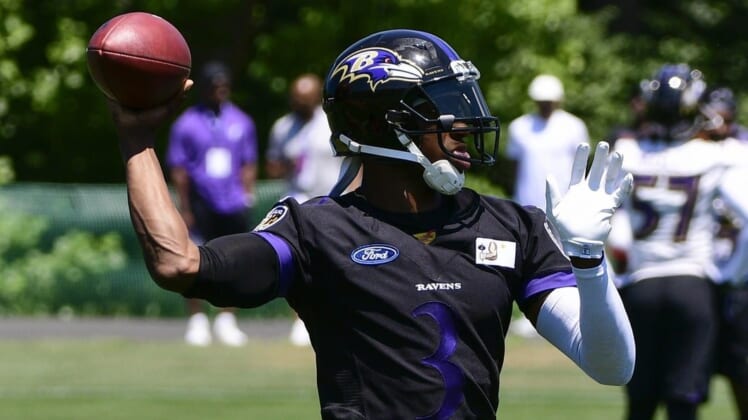 NFL teams are facing a deadline in about a week that will include them having to cut their rosters down from 90 to 53 in the lead up to Week 1.

We’re certainly going to see a ton of activity on that front, including multiple quarterbacks being given their pink slips.

One notable quarterback who might be released is Baltimore Ravens backup Robert Griffin III. Having played well thus far this preseason, the former No. 2 overall pick is still not guaranteed a roster spot.

“There’s no question that the best quarterback thing to do would be to keep Robert Griffin. He’s proven it,” head coach John Harbaugh said, via ESPN. “He’s played exceptionally well, and it makes the team better.”

The issue here is numbers. Teams tend to keep two quarterbacks on the active 53-man roster while stashing another on the practice squad. If it becomes apparent that rookie first-round pick Lamar Jackson is Baltimore’s No. 2 option behind Joe Flacco, it will be hard for this team to retain RGIII.

That’s where Harbaugh’s comments come into play. Sure Griffin has shown himself more than worthy of a spot on the 53-man roster. But in situations like these, that’s not always the deciding factor.

“That’s going to be a choice that will be well-discussed within the next couple of weeks and already has been,” offensive coordinator Marty Mornhinweg added.

Thus far in the preseason, the former Baylor standout has completed 18-of-26 passes for 177 yards. Should he not earn a spot on Baltimore’s roster, there’s a chance the team might look to trade the veteran to a quarterback-needy squad. That’s something else to keep an eye on over the next week or so.