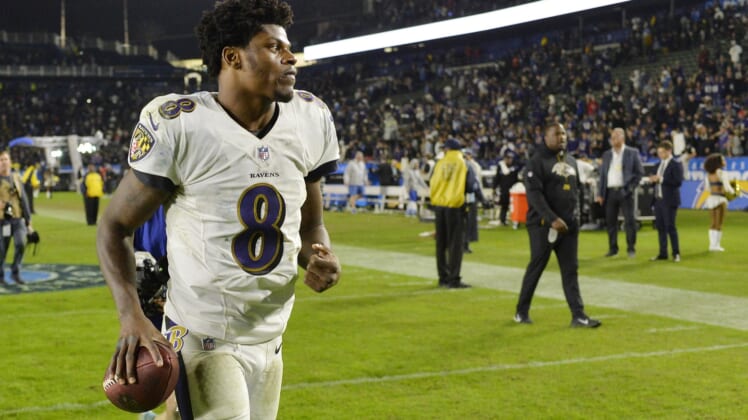 As their season lays on the brink, Baltimore Ravens fans at M&T Bank Stadium are now flipping the script. After celebrating when Lamar Jackson replaced Joe Flacco during the season, fans are now booing Jackson and calling for Flacco to take over against the Los Angeles Chargers.

Jackson has been miserable throughout Sunday’s wild-card matchup.

Time and time again, Baltimore’s fanbase hoped John Harbaugh would make the switch and bring Flacco into the game to replace his struggling rookie quarterback. When Jackson took the field once again in the fourth quarter and another drive stalled, fans let loose a cascade of boos.

Ravens fans are not happy. Jackson gets sacked, and the boos can be heard.

There were a few chants of “Joe! Joe!” throughout the crowd as well. Some fans were also on their way out of the stadium early.

Things are not getting better for Baltimore’s offense, which looks overmatched against the Chargers without any adjustments made since their last matchup.

Harbaugh seems committed to sticking with Jackson and just letting him take his lumps through this miserable first playoff experience.