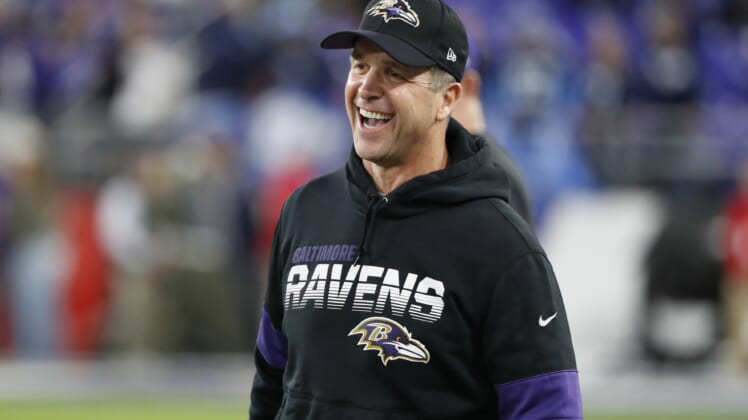 While much of the NFL world are packing their bags this week for a trip to the NFL Scouting Combine in Indianapolis, Baltimore Ravens head coach John Harbaugh will be staying at home.

Harbaugh underwent knee replacement surgery earlier this month and will be prevented from traveling as he continues to recover, per ESPN’s Jamison Hensley. Fortunately, the 57-year-old head coach is progressing well from the surgery and it isn’t expected to sideline him for long.

While Harbaugh’s absence is medical related, coaches not attending the NFL Scouting Combine has started to become a trend this year. The Los Angeles Rams and Denver Broncos are keeping their assistant coaches home for the NFL’s big event in Indianapolis. In fact, Rams head coach Sean McVay is only expected to stay for a day to fulfill his media obligations.

The event continues to gain popularity among fans and there is more media coverage than ever, but it seems NFL teams are prepared to start treating the event differently. Now with the entire NFL Scouting Combine covered on NFL Network and with scouts and general managers in attendance, coaches are staying at home to make their own preparations for next season.