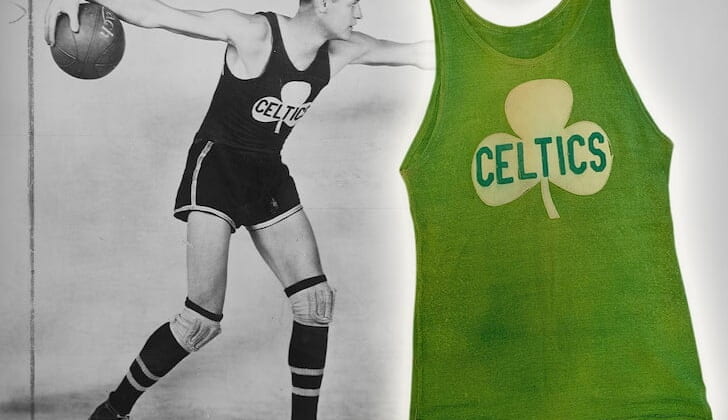 Joe Lapchick was largely considered the best center of his era as the big man starred for the New York Original Celtics and Cleveland Rosenblums (those were a thing) during the 1920s and 1930s.

One of Lapchick‘s old jerseys is now on the auction block and could fetch a cool quarter million.

Before the creation of the NBA in 1946, Lapchick and his Celtics traveled the country beating up on local teams prior to winning two titles in the old American Basketball League.

This certainly is one rare piece of sports memorabilia.