Raptors will have to convince Kawhi Leonard not to sign with the Clippers, per report 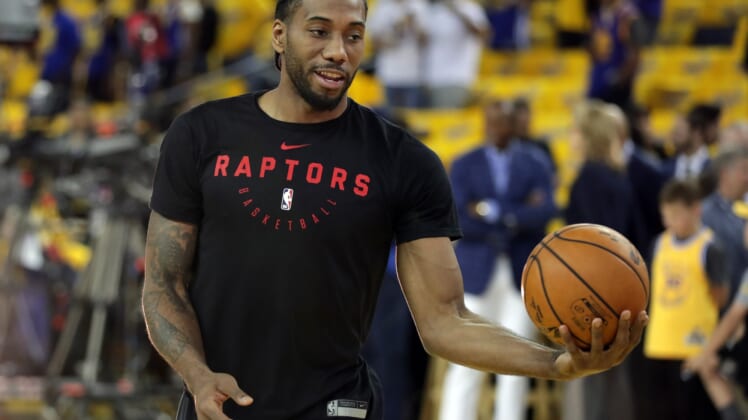 The reigning NBA Finals MVP is set to become a free agent in about two weeks. It’s also not a foregone conclusion that he re-signs with Toronto.

According to this report from ESPN’s Adrian Wojnarowski (h/t Bleacher Report), Toronto has work to do to convince Leonard not to sign with the Los Angeles Clippers.

“But there was always the risk of him going back west,” the reported read. “The L.A. Clippers are at the very top of that list, and I think the Raptors still have work to do between now and June 30 and the start of free agency to keep Kawhi Leonard in Toronto.”

Los Angeles has long been considered odds-on favorites to land Leonard, who hails from the city. And while the Lakers would like to get into the mix, Leonard does not like the idea of teaming up with LeBron James.

As it relates to the Raptors, some within the organization are confident that Leonard decides to return. After all, he’s the toast of an entire nation after averaging nearly 29 points per game in an upset win over the Warriors.