Raptors hold on for win over Clippers 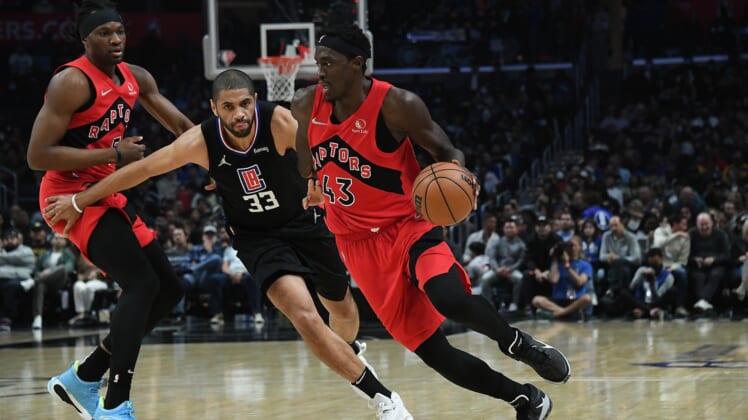 Scottie Barnes scored 15 points as the Raptors extended their winning streak to five games and won in downtown L.A. for the second time in two days after defeating the Los Angeles Lakers 114-103 on Monday.

Toronto went 5-1 on a six-game trip that started March 6 with a loss at Cleveland.

The Raptors moved into a tie for sixth place in the Eastern Conference with the Cavaliers as they make a bid to avoid the play-in tournament, but Cleveland owns the head-to-head tiebreaker between the teams.

Reggie Jackson had 23 points and nine assists for the Clippers and Marcus Morris Sr. added 22 as both returned to the court after getting a rest day Monday in a loss at Cleveland.

Terance Mann had 16 points and nine rebounds for Los Angeles, which has lost five of its past seven games.

Toronto pushed its lead to 65-48 with 9:42 remaining in the third quarter before the Clippers made a charge. Los Angeles pulled within 78-74 heading into the fourth quarter and got within a basket twice in the first four minutes of the final period, both times on hoops by Mann.

Achiuwa finished with 11 points, while the Clippers’ Isaiah Hartenstein had 12 points.