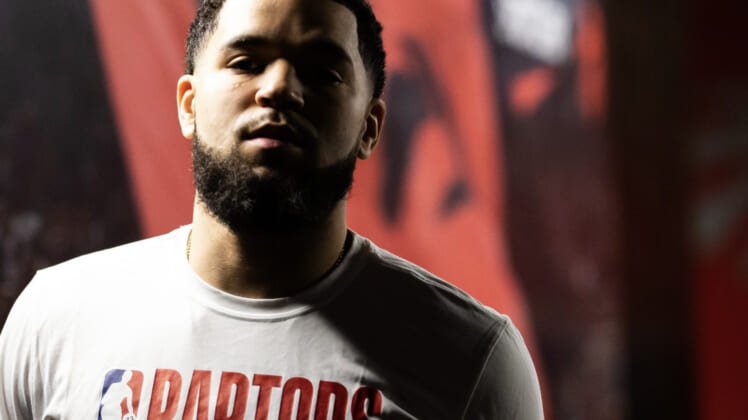 Toronto Raptors star guard Fred VanVleet was having a heck of an opener against the New Orleans Pelicans on Tuesday.

The potential breakout star had put up 26 points, four rebounds and five assists in less than three full quarters of action. That included an eye-opening three in the first half.

Unfortunately, VanVleet’s season debut was marred by him leaving in the third quarter after a collision with a cameraman.

According to various reports from Toronto, VanVleet exited the game with a likely ankle injury and headed straight to the locker room.

The good news here is tha VanVleet returned to the bench and seemed to be fine.

The bad news? It’s high time the NBA does something about having cameras so close to the action. It’s a matter of time before a star player suffers a serious injury.

It was close to happening to the defending NBA champs and their star guard on opening night.