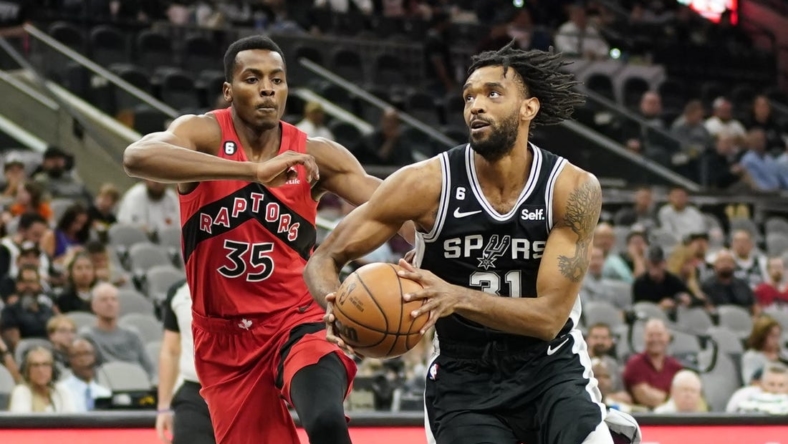 The Raptors led by just five points midway through the second quarter but pushed their advantage to 15 points at halftime.

Toronto then outscored the Spurs 40-21 in the third quarter, with much of the damage done in the first two minutes of the period, and waltzed to the finish line, winning its second straight game and fourth in its past five outings.

San Antonio played without starters Keldon Johnson (right calf tightness) and Devin Vassell (left knee soreness), the latter of whom missed his fourth consecutive game. Toronto’s Fred VanVleet was out for the second straight contest because of a back injury.

The Raptors led by as many as 11 points in the first quarter before San Antonio rallied to pull to within 32-31 on a Richardson 3-pointer with 12.5 seconds remaining that closed the period. Barnes had 11 points to lead all scorers in the quarter.

The Spurs kept things close through the first six minutes of the second quarter before Toronto began to create some separation, using three buckets from Trent and a 3-pointer and a basket by Boucher over the final 4:14 to carry a 64-49 edge to the break.

Trent led all scorers with 15 points in the half while Barnes had 13. Ten players saw the court for San Antonio before halftime and nine scored, but none reached double figures.

The Raptors poured it on the third quarter, reeling off a 13-3 run in the first 2 1/2 minutes to go up 77-52. Toronto expanded the gap to as many as 37 points before settling for a 104-70 advantage heading to the final period.