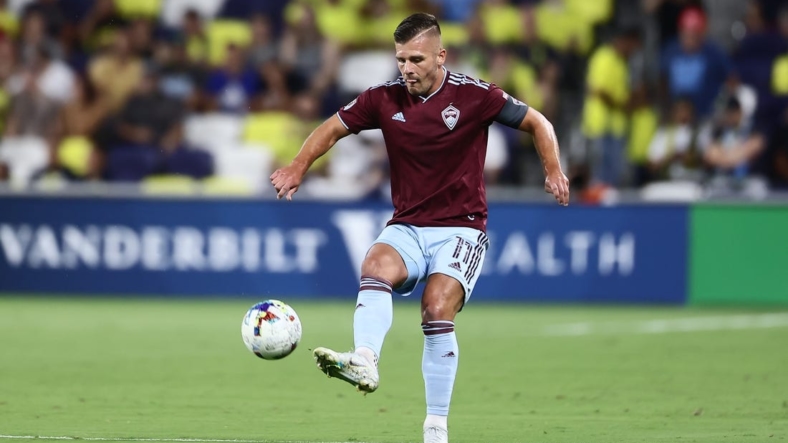 Two Western Conference teams that find themselves out of playoff position face each other Saturday night, when the Colorado Rapids host the Vancouver Whitecaps at Dick’s Sporting Goods Park in Commerce City, Colo.

Colorado has not scored more than one goal in each of its last six games and was trounced by a combined score of 10-1 in back-to-back losses at Philadelphia and Nashville on Aug. 27 and 31.

Vancouver (9-13-7, 34 points) is undefeated in five consecutive trips to Colorado, with three wins and two draws.

The Whitecaps are also in a bit of a rut after teetering close to the top seven in the West. They’re 2-5-4 in their last 11 matches and scoreless in their last two, though they won the Canadian club championship during that stretch.

Vancouver sits in 10th place and Colorado 11th, with only the top seven making the postseason.

“The playoffs are still there. We can achieve it. So we have a moral duty to try to win every game, even if the playoffs wouldn’t be in the picture,” Vancouver coach Vanni Sartini said.

The Rapids have not played a home game since Aug. 20.

“The trip was only 10 days, but it seemed like a couple of weeks for sure,” coach Robin Fraser told the club website. “Our feeling is we have to win every game. And so the only game that really matters right now is Saturday. So it’ll be good to be back here, play in front of our fans and play with the sort of swagger when we play confidently at home.”

Lucas Cavallini leads the Whitecaps this season with eight goals. Ryan Gauld has six goals and a team-best seven assists. For the Rapids, Diego Rubio tops both categories with 12 goals and seven assists.