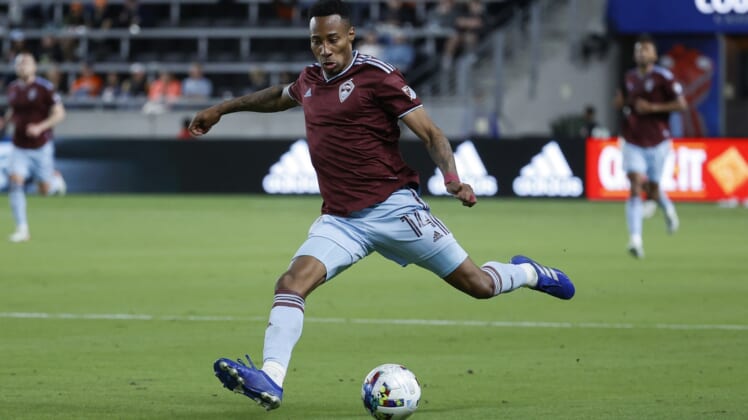 The Colorado Rapids will try to notch their first road victory of the season when they meet FC Dallas on Saturday night at Frisco, Texas.

The Rapids (2-1-2, eight points) have been sharp at home, but the road has proved much tougher as they were routed 3-0 by Los Angeles FC in their season opener and later played the Houston Dynamo to a 1-1 draw.

Making the challenge tougher is that FC Dallas (2-1-2, eight points) is unbeaten at home while outscoring opponents 7-2. Dallas opened its season with a 1-1 home tie against Toronto FC and later posted a 2-0 victory over Nashville SC and a 4-1 decision vs. the Portland Timbers, both at home.

Colorado is coming off a 1-1 home tie against Real Salt Lake and coach Robin Fraser is expecting an improved performance.

“The hope is that we continue to play and finish a few more of our opportunities,” Fraser said Thursday. “We’ve had very good moments of defending so far and we’ve had moments where we haven’t been great.

“Obviously, we need to do it for 90 minutes against a good team at their place.”

Dallas played host Chicago to a scoreless tie last week. Coach Nico Estevez has studied Colorado and knows picking up a win will be a tough task.

“They have the same record as us and they are a difficult team to beat,” Estevez told reporters. “They are very aggressive. … It is going to be a challenge for us and a great opportunity for us to show how we can adapt.”

Star forward Jesus Ferreira is off to a strong start and has scored three of Dallas’ seven goals.

The Rapids went 2-0-1 in those matches while winning by a cumulative 5-0. Colorado won both home games and played Dallas to a scoreless tie in Frisco.