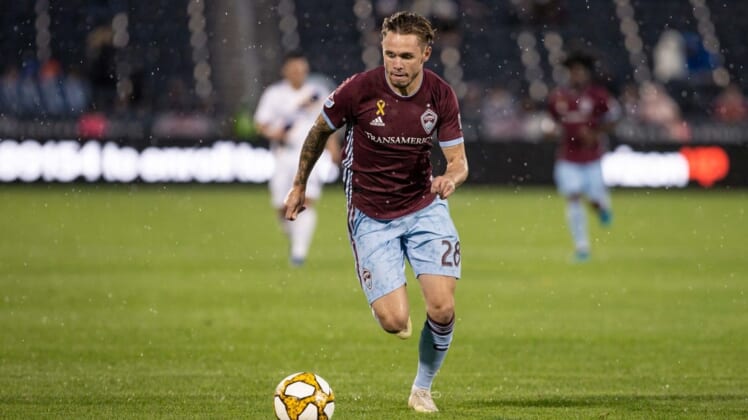 The Colorado Rapids signed Scottish midfielder Sam Nicholson to a contract through the 2024 season on Friday with an option for an additional year.

“We’re delighted to welcome Sam back to the club,” Rapids executive vice president and general manager Padraig Smith said. “Sam is an incredibly talented and versatile attacker with exceptional pace and someone our team and coaching staff are very familiar with from his time with the club. We’re excited to welcome him back at this key juncture in the season and look forward to seeing him continue his career in burgundy.”

Nicholson spent the past two seasons with Bristol Rovers FC of the English Football League Two.