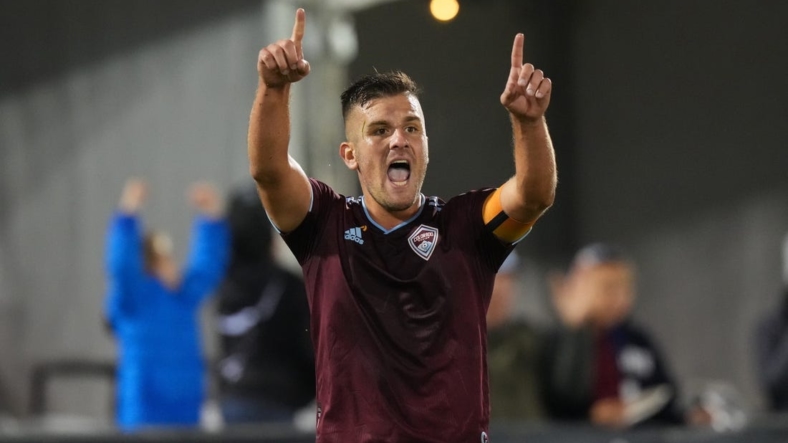 The Colorado Rapids are not in the top seven of Major League Soccer’s Western Conference, and therefore not currently a playoff team, but in theory, their playoffs have already begun.

Their 3-1 victory Saturday night over the Vancouver Whitecaps was a start, and their do-or-die gauntlet continues Wednesday night when they play at home against the San Jose Earthquakes.

By ending a six-match winless streak, the Rapids are now nine points out of playoff position and in order to vault three teams, Colorado (9-12-9, 36 points) needs to win its remaining four matches and hope teams above them stumble down the stretch.

The odds are long, but the Rapids are still alive and hope to keep winning Wednesday in Commerce City, Colo.

“That’s really all we can do at this point, try to take care of what we can control, and the only thing we can control are our games,” head coach Robin Fraser said.

On Saturday, the Rapids trailed 1-0 before they scored unanswered goals by Gyasi Zardes, Diego Rubio and Jonathan Lewis.

The last-place Earthquakes (7-13-9, 30 points) are playing out the rest of the season, and face elimination with any loss or tie in their final five matches.

The Earthquakes had won two of three matches before last Saturday’s second-half meltdown against FC Cincinnati, when San Jose surrendered five goals in a 6-0 defeat. The game was level until Cincinnati scored in the 45th minute, and when it added another just two minutes after halftime, the wheels came off for the Quakes.

“The mentality is very simple, the team will keep fighting,” head coach Alex Covelo said. “Mathematically and not knowing other results, we kept fighting and played a great first half against a good team with great atmosphere and spectacular stadium.

“If we start considering whether we’re in playoff contention or not, it will take a toll on us and lead us to results like (Saturday) in the second half.”