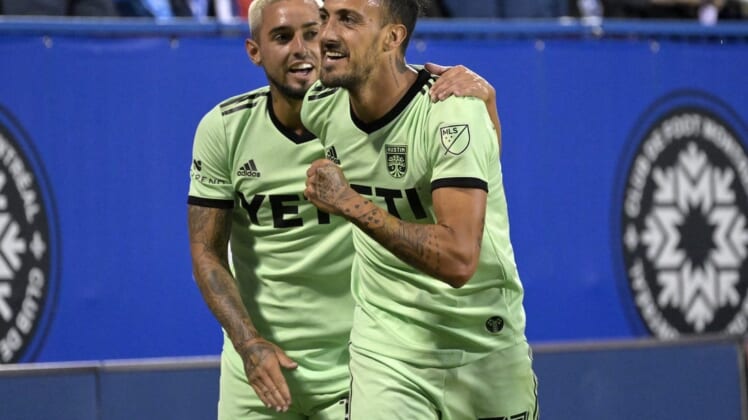 After a strong first half for Austin FC, the second-year side aims to keep rolling when they visit the Colorado Rapids on Monday.

The club has been comfortable as the visitors, with their five wins away from home (5-3-1) to put them near the top of the league in that category.

“We know what it takes, it takes a lot of defending and grinding just as it does every game pretty much especially when we are away,” midfielder Daniel Pereira said. “I think that’s why we’ve been successful on the road lately, so we’ll keep doing it, try to keep doing it, and yeah, just keep winning.”

Pereira, who scored the lone goal against Charlotte FC, is one of 11 players to have scored goals for Austin FC through 17 games, matching the club’s total from all of last season.

Maximiliano Urruti is second on the team with five goals but has just one in his past eight games, scoring against Montreal on June 18.

The defeat snapped a 23-game home winning streak for Colorado, a stretch that began after the club was dealt its only home loss last season – against Austin FC on April 24, 2021. It was their first home game last season.

Colorado, which is 5-1-2 at home this year, is winless in its past three contests and has dropped four of its past five games.

“Based on the inconsistency of the first half of the season, I think one of our goals is to be more consistent in the second half,” Rapids coach Robin Fraser said. “With that consistency, we will get more results. So it’s really buckle down, work hard, do your job, work for each other. I feel like we’re in a good place there.”

The Rapids rank near the bottom of the league with only 17 goals scored through 16 games. Seven of those have come from striker Diego Rubio, who is just four goals shy of matching his career high of 11 set (in 26 games) back in 2019.