There are only five short months until the 2016 MLB season begins. After a dramatic 2015 postseason in which the Kansas City Royals won their first World Series since 1985, many baseball fans are already predicting the 2016 champions.

Sportsnaut decided to jump into the fray and rank the top 10 teams with the best chances at winning the 2016 fall classic.

According to Bovada, the Pittsburgh Pirates have a 9-1 shot at winning the World Series as of early December. They finished the 2015 season in second place in the most talented division in all of baseball — the NL Central — but lost in the Wild Card game to division rival Chicago Cubs.

Pittsburgh has had a relatively quiet offseason thus far, and it did not offer a contract extension to last year’s home run leader Pedro Alvarez, which will leave a big void in its lineup. Michael Morse, who was acquired from the Los Angeles Dodgers at the 2015 trade deadline, will look to replace Alvarez in 2016.

With a strong pitching staff returning on a team that has significant recent playoff experience, the Pirates have a legitimate shot at winning its first World Series since 1979. 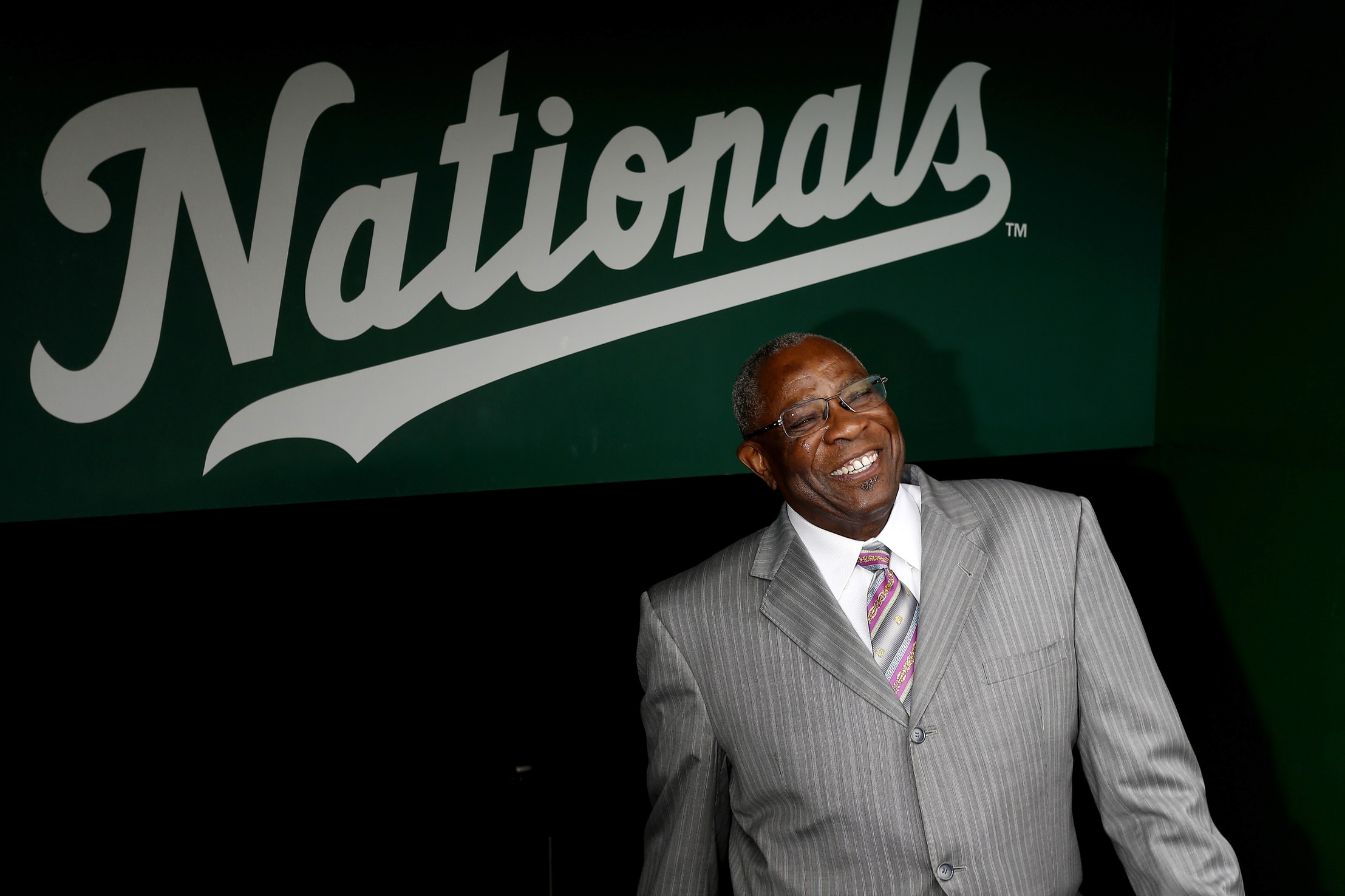 After a completely abysmal 2015 campaign, the Nationals are easily the most motivated team to make a playoff run. Eddie Matz of ESPN.com described their 2015 season perfectly.

“Let’s face it, they were more disappointing than a lukewarm shower on a cold December morning,” Matz wrote, via ESPN.com.

With the hire of legendary manager Dusty Baker, it is World Series or bust in 2016. In order to have a shot at even making the playoffs, they will need to make some serious improvements to their bullpen. After Jonathan Papelbon’s infamous choke out of NL MVP Bryce Harper, and set-up man Drew Storen’s implosion, the Nats need to add a real weapon to their bullpen.

It is rumored that they are heavily interested in free agent reliever Darren O’Day, who had an impressive 1.52 ERA and 0.93 WHIP with the 2015 Baltimore Orioles.

If Washington can sign O’Day and add one more solid bat to its “on paper” dynamic lineup, then it can be one of the legitimate challengers to win the World Series.

Many baseball experts questioned if the Astros could compete in the American League before the season began, but they went out and won 86 games in 2015.

Houston has made it a priority to retain some of its top young talent this offseason. They offered contract extensions to the AL Cy Young winner Dallas Keuchel, catcher Jason Castro, relief pitcher Josh Fields, DH Evan Gattis and infielders Marwin Gonzalez and Luis Valbuena. The one player they did not extend was 1B Chris Carter, who is not really a loss.

Carter would’ve required a $5 million contract for 2016, and his 2015 numbers proved he was not worth that price tag. While he did belt 24 home runs and 64 RBI, he batted under the Mendoza Line at .199 and struck out 151 times. Carter will be replaced by Jon Singleton, who signed a multi-year contract in 2014.

The Astros have all the key pieces to the puzzle to make a 2016 World Series run.

After making a big splash at the trade deadline in 2015, Toronto came up short of its World Series goal.

They failed to re-sign starting pitcher David Price this off season, who received a lucrative contract with the Boston Red Sox. However, they did add and retain shortstop Troy Tulowitzki, who will have to be a leader both on and off the field in 2016, as well as remain healthy. The Jays paid a pretty big price in acquiring Toluwitski by sending the Colorado Rockies their top three prospects, proving the time is now for Toronto.

The team just hired general manager in Ross Atkins, the former Cleveland Indians executive. Now that they have their GM in place, look for the Blue Jays to make some serious offseason moves, ensuring a 2016 World Series run. 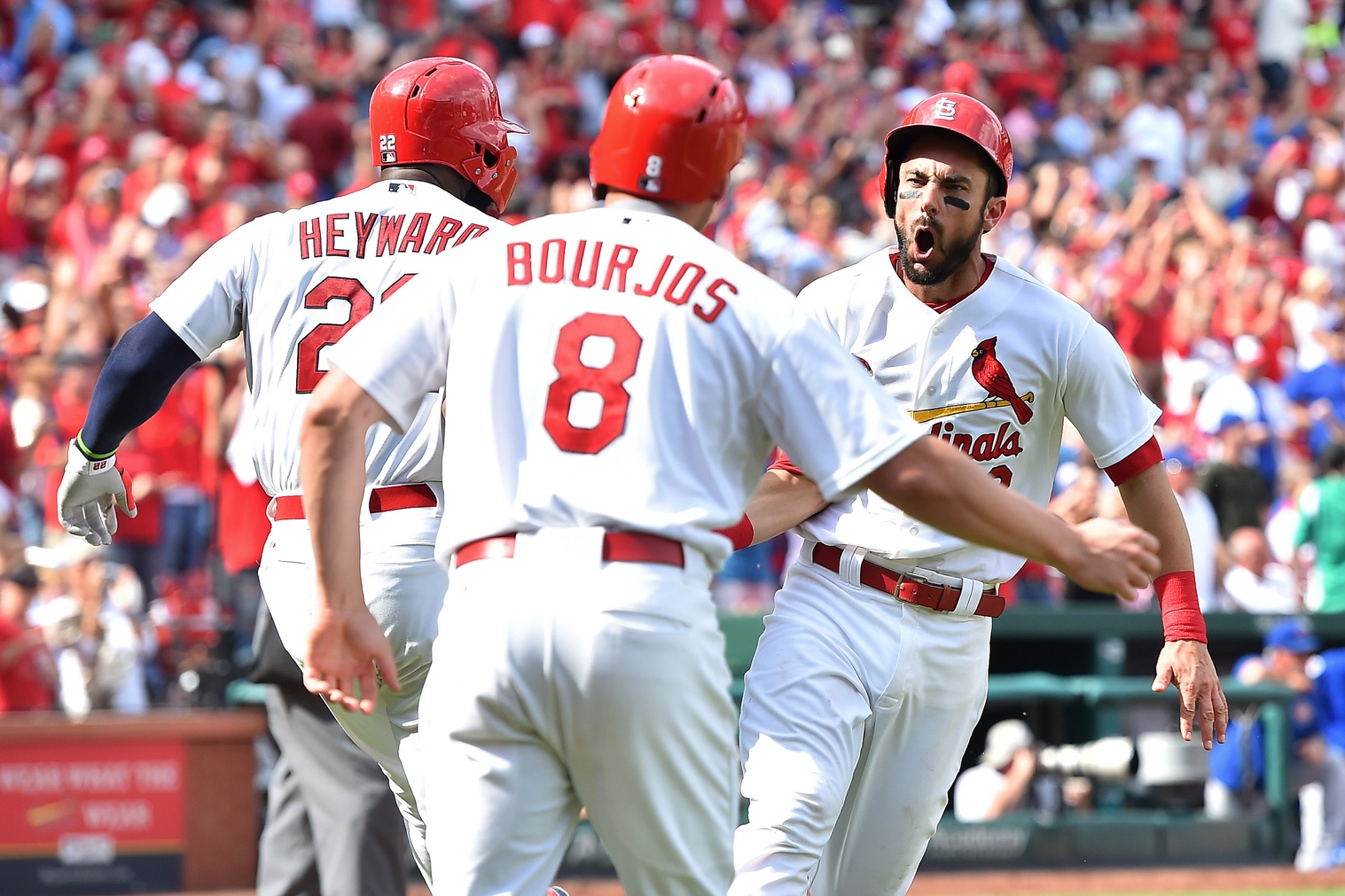 The 2015 NL Central champs have been one of the most consistent teams in the entire MLB in the past decade. They made the playoffs the past five years, winning the World Series in 2011, and also in 2006.

It will be a challenge for the Cardinals to continue staying hot, given the resurgence of the Chicago Cubs and Pirates, but they are still primed to make a 2016 playoff run.

Starting pitching was one of their only weaknesses in 2016, and that is one area they are desperately trying to improve this winter. They were in the race for David Price but ultimately got out-bid by the Red Sox. They reportedly offered Price $190 million, so clearly they are willing to spend some serious cash on an elite starting pitcher. But who will that be?

With big-time names like Johnny Cueto, Zack Greinke and Mike Leake still on the market, the Cardinals will look to pay for a true ace. If they can add one of these top arms, then they will definitely be one of top contenders to win the World Series.

With eight-year manager Don Mattingly out and new manager Dave Roberts at the helm, the Dodgers are looking to return to the World Series for the first time since 1988. Unfortunately, they will need a few more additions other than a new head coach to win the fall classic. 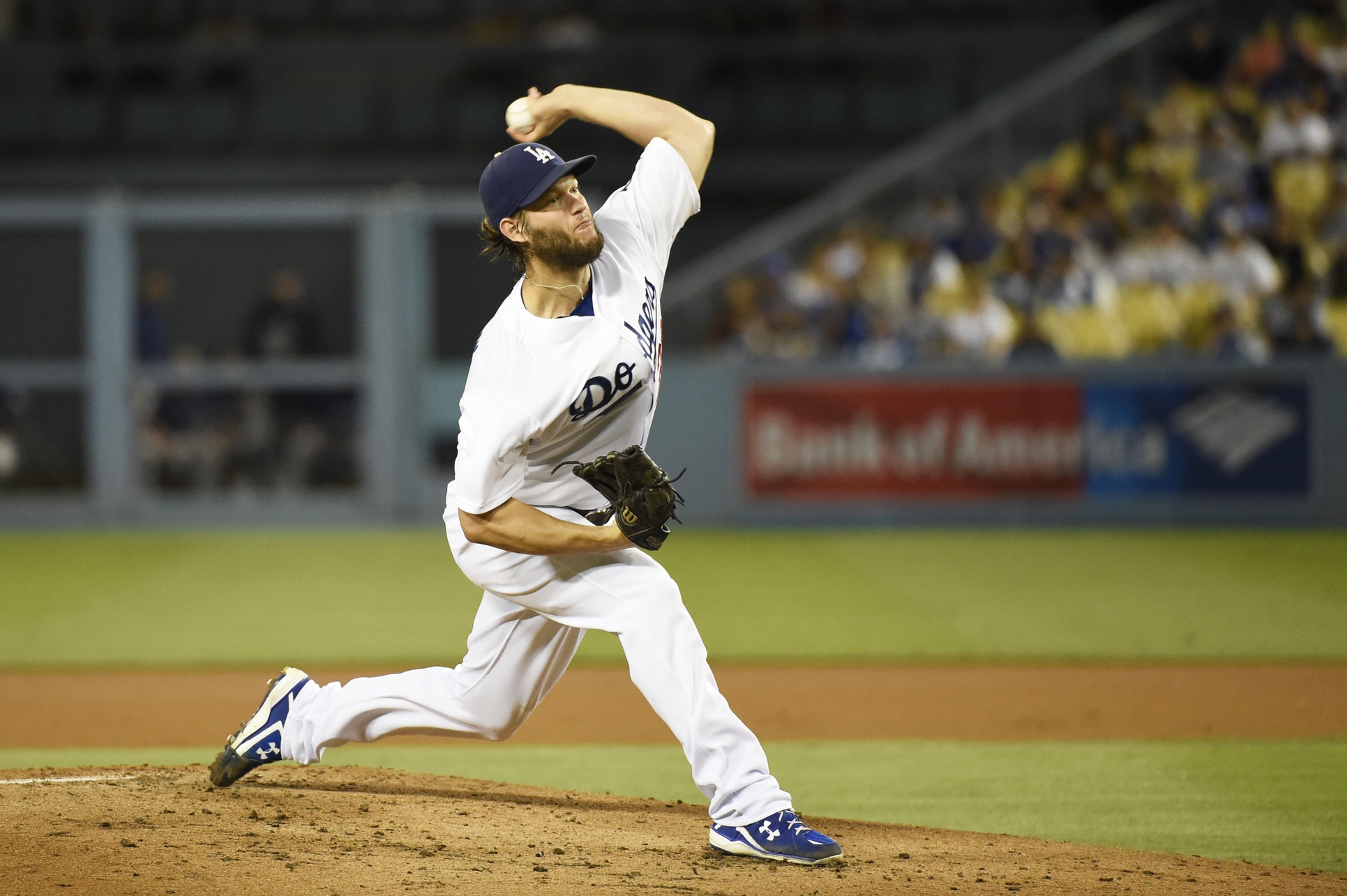 Of all the top ten teams on this list, LA has the most questions marks, most notably at starting pitching. To date, the only locks in their starting rotation are Clayton Kershaw and Alex Wood after Zack Greinke left for Arizona. It’s still up in the air on whether or not Hyun-Jin Ryu will return from his shoulder surgery, but Los Angeles can’t rely on rolling the dice with Ryu.

The Dodgers will need to sign another stalwart starting pitcher like Shelby Miller or Jeff Samardzija to make up for the loss of Greinke.

Hopefully stud outfielder Yasiel Puig starts to mature and limits his antics and they can add one more bat — preferably a young middle infielder to replace the aging Jimmy Rollins and Chase Utley. With a wide-open NL West, the Dodgers certainly have a real shot to win the 2016 World Series.

After losing in the 2014 World Series to the San Francisco Giants, Kansas City dominated the 2015 postseason and defeated the New York Mets to win its first World Series since 1985.

With a solid core lineup, led by Eric Hosmer and World Series MVP Salvador Perez, the Royals used a bit of old and new to make their 2015 run. The club added starting pitcher Johnny Cueto and utility/infielder Ben Zobrist at the trade deadline. These two additions are what really propelled the Royals in the post season.

So far in the young 2015 offseason, the Royals haven’t made any blockbuster deals or signings. They traded their backup catcher, Francisco Pena, and acquired former Cardinals backup catcher Tony Cruz. The one big contract they did extend was their closer Wade Davis, who will make $10 million in 2016.

If Kansas City can either re-sign Zobrist, which is very unlikely, or find a suitable replacement, then the Royals can easily return to the World Series for the third straight year.

The 90-win 2015 club is poised to make a return to the World Series in 2016. There’s no doubt that their starting pitching staff will lead them back to the fall classic, but they will need consistent offensive production if they want to win the ultimate prize.

The Mets are the favorites to land free agent Ben Zobrist, who would be their everyday second baseman. Zobrist will provide the experience they need as well as clutch offensive production.

Unfortunately for New York, it will probably not re-sign Yoenis Cespedes, who is expected to sign a huge contract this winter. The Mets’ playoff home run leader Daniel Murphy hit his way into a huge pay day, but he has said he wants to stay in New York. Unfortunately if the 2015 NL champs want to resign Murphy, they will need him to take a hometown discount, which is a coin toss at this point.

The Mets should cruise through the NL East in 2016. With a starting rotation of Matt Harvey, Jacob deGrom and Noah Syndergaard, the Mets’ offense will only need to score a couple runs per game to be victorious, resulting in a trip back to the World Series. 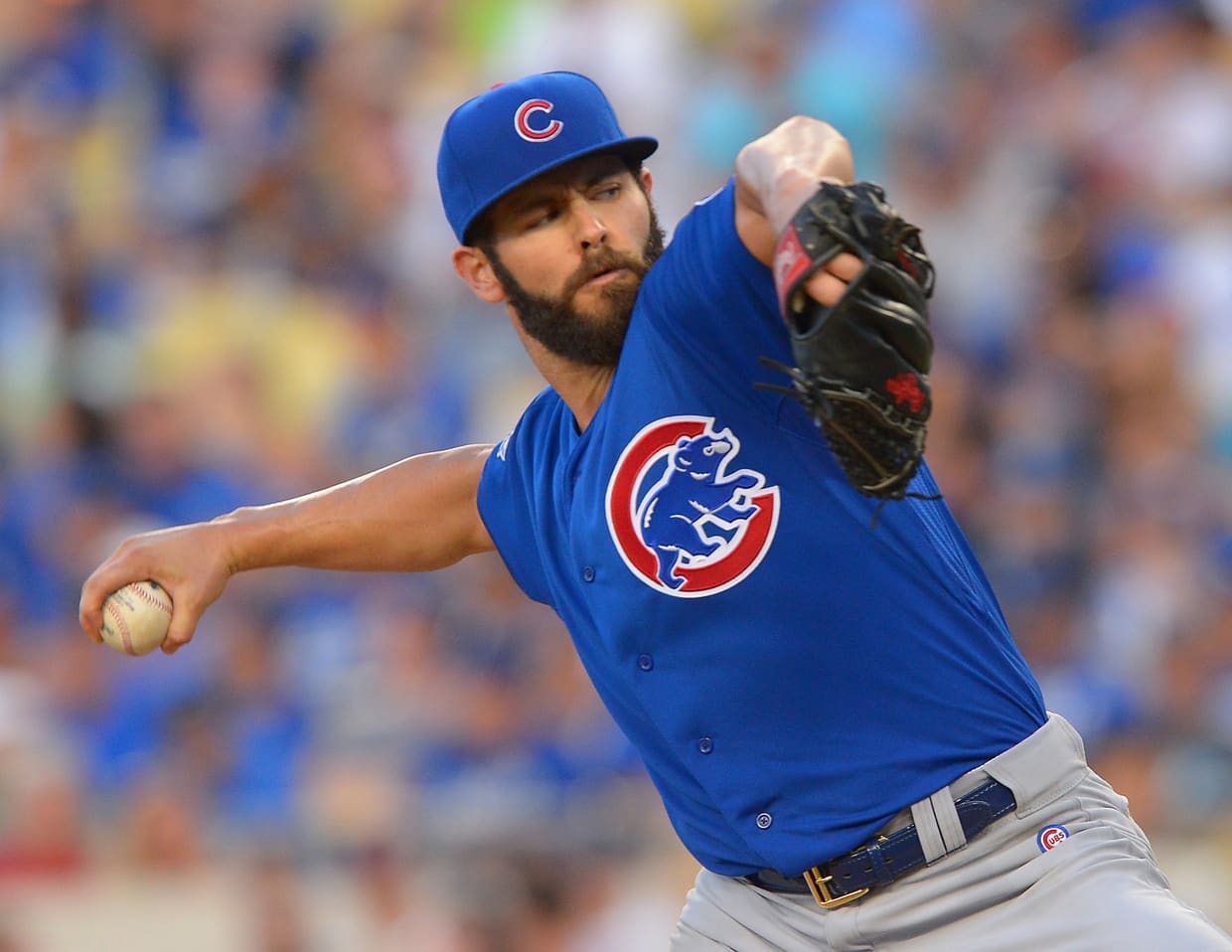 Under first-year head coach Joe Maddon, the North Siders won 97 games, which was good for third place in the NL Central behind the 98-win Pirates and 100-win Cardinals. A true player’s coach, Maddon is the perfect fit for continued success in Chicago.

With the surprising dominance of NL Cy Young winner Jake Arrieta and break-out seasons by rookies Klye Schwarber and Kris Bryant, who won the NL Rookie of the Year award, the Cubs surprised most baseball fans by making a solid playoff run.

Chicago returns most of its production from 2015, and if Jon Lester can pitch like a true ace, then they should have no problem making, if not winning, the World Series.

In the past five years the Giants have won the World Series three times — in 2010, 2012 and 2014. Do you see the pattern there? San Francisco dominates in even years. Call it a coincidence if you want, but 2016 is an even year, and the Giants are clamoring to return to the top.

After finishing eight games behind the Dodgers and missing the playoffs, the Giants will need to add some difference-makers to its 2016 roster- primarily at pitching. 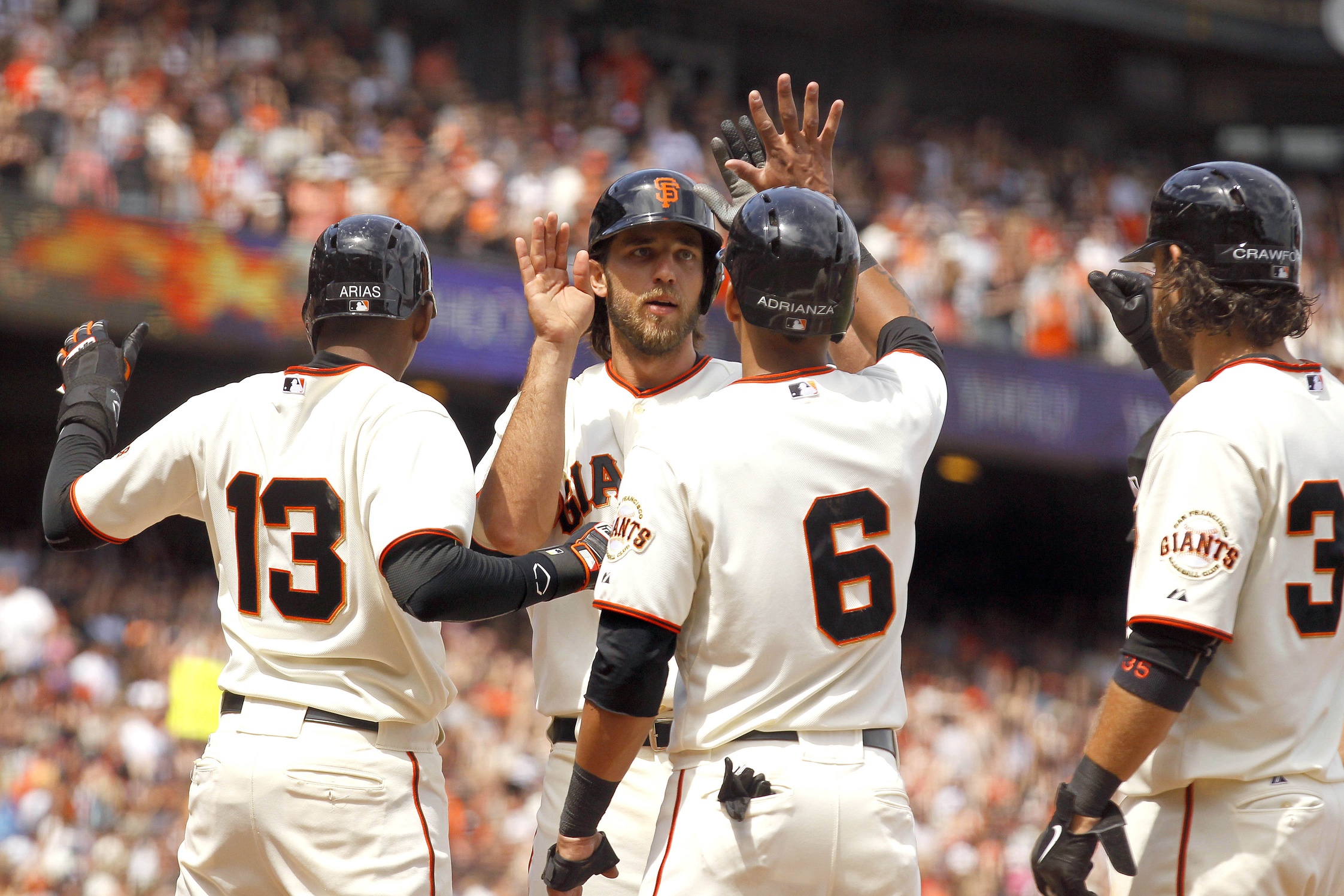 San Francisco could also use some power bats and are in talks with Pedro Alvarez and Chris Carter. While Alvarez is a bit of a liability in the field, he did smack 27 homers with the Pirates in 2015, and Carter launched 24 with the Astros.

If the Giants can land one and/or both of these home-run hitters while adding another solid arm to their starting rotation, then they will prove the biggest threat to win the 2016 World Series, making it their fourth in the past decade.