It’s been quite a month for the National League East. Between the New York Mets coming up short in the World Series and the hiring of three new managers, NL East teams have been making big splashes.

Terry Collins of the Mets and Fredi Gonzalez of the Atlanta Braves are the veteran managers of the division, which only had two teams above .500. Collins recently agreed to a two-year contract extension, despite deciding to send Matt Harvey to the mound in the 9th inning of Game 5 of the World Series, which ultimately backfired.

Fredi Gonzalez is lucky to be the Braves 2016 manager. After finishing 23 games behind the Mets and posting 67 wins in 2015, Gonzalez’s job was in serious jeopardy. There were even reports that he had lost the clubhouse in September, despite having the reputation as being a “player’s manager.” The organization wants to keep him on board for 2016 given that the team will be a glorified Triple-A squad, and likely wants to bring in fresh blood in 2017 when the team will debut a brand new stadium.

Joining Collins and Gonzalez in the NL East will be three high-profile managers with years of MLB experience. Here’s a bit about each one, along with where they rank.

The three-time interim manager finally gets his shot to open an MLB season as the man in charge. Mackanin filled in for the Pittsburgh Pirates in 2005, the Cincinnati Reds in 2007 and the Phillies this past season. New Philadelphia President Andy MacPhail’s first move was to keep Mackanin on for the 2016 season.

After the shameful resignation of Ryne Sandberg in June, Mackanin led the depleted Phillies to a 12-2 surge right after the All Star break. He is known as a “player’s manager” and has been praised for his open, honest communications with all players. He’s also fluent in Spanish, which is a plus for communicating clearly with the Spanish speaking players.

“Since assuming the interim manager position in June, Pete has developed an excellent rapport with our players and has also connected well with the media and our fans,” MacPhail said, via CSN Philly. “Equally as important is his eagerness to take on the challenge of rebuilding the team and further developing our players. We look forward to his contributions.”

There’s no doubt that the former 4th-round draft pick will have his work cut out for him. The Phillies had the the worst record in the MLB (63-99) in 2015 and missed the playoffs for a fourth consecutive season. Look for Mackanin’s Phillies to struggle in the win/loss column, but soar in the player development arena. 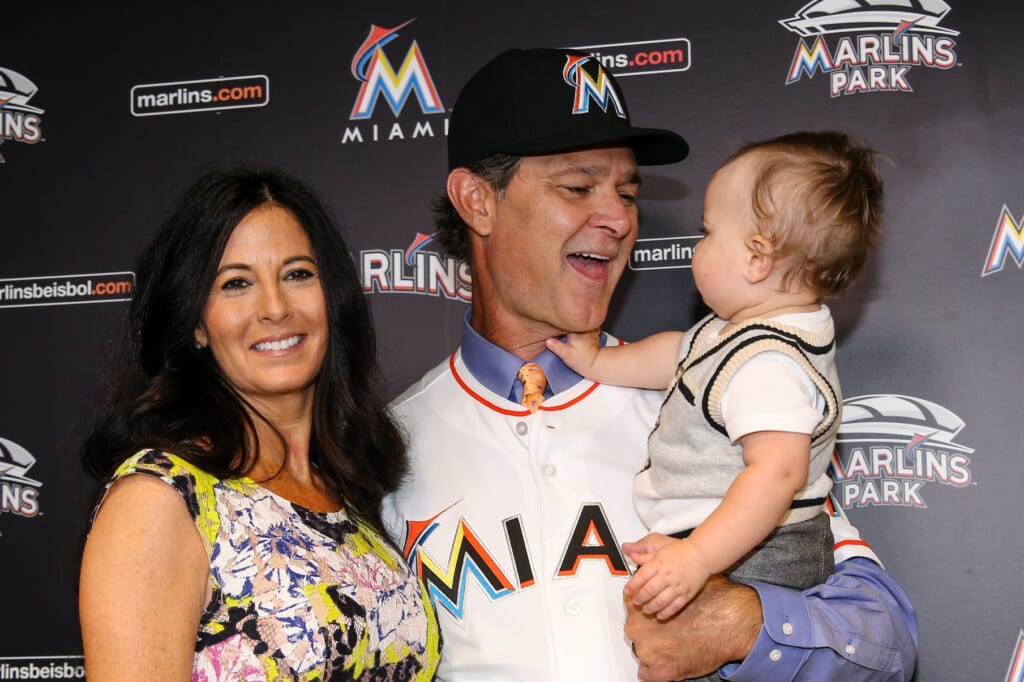 In probably the most interesting hire, Mattingly joins the Marlins after a five-year, highly successful stint with the Los Angeles Dodgers in which he led the team to three-consecutive NL West division championships. After playing for the hard-nosed New York Yankees owner George Steinbrenner and managing for the bankrupt Frank McCourt, one would think Mattingly has seen it all, right?

Unfortunately for Mattingly, Marlins owner Jeffrey Loria is known for his empty promises and irrational executive decisions, like having six managers in six years and building an extravagant stadium that struggles to reach half capacity. The six-time All Star could’ve had any managing job he wanted, so why in the world did he decide on Miami?

Mattingly will have to adjust from working with the largest payroll in the MLB ($272 million) to the smallest payroll ($68 million). This truly is a night and day situation for Mattingly. If he really wants a challenge, then there is none better than managing the Miami Marlins.

After a two-year managing hiatus, old reliable finds himself back at the helm of a National League ball club. Baker has managed the San Francisco Giants, Chicago Cubs and Reds, compiling a 20-year career .526 win/loss percentage. Baker joins the Nationals, who were the 2015 unanimous preseason World Series favorites, but somehow lost control and collapsed.

Cincinnati fired Baker after 97 and 90-win seasons, which had many baseball analysts questioning the decision. The Reds executives claimed they let Baker go because of his inability to win a playoff series. In fact, his only NL Pennant came in 2002 with the Giants.

Many baseball experts also wonder if he isn’t the reason behind the blown out arms of Cubs pitchers Kerry Wood and Mark Prior in 2003.

Washington easily has the most talented team of the bunch, on paper. But 2015 manager Matt Williams let the players control the team and did an inadequate job at managing with discipline. It’s clear that the Nationals are ready to win now and aren’t in the developmental stages.

They have young studs like Bryce Harper and Stephen Strasburg, supported by veterans like Jayson Werth and Gio Gonzalez. So it’s clear that Baker is here for one reason and one reason only.

“Dusty only wanted a two-year contract. He wants to have one more shot to win the World Series and become the first African-American elected to the Hall of Fame as a manager,” a Nationals front office member said, via the Washington Post.

Well if he is concerned with winning, and doing so in a two-year time period, then he picked a great club with which to make the attempt.

Even he agrees with that.

"This is my fourth and final team. Beyond compare, this is the best talent." – @dbaker_12. https://t.co/Kn8mWOGCAb pic.twitter.com/6SoxfMLFgK