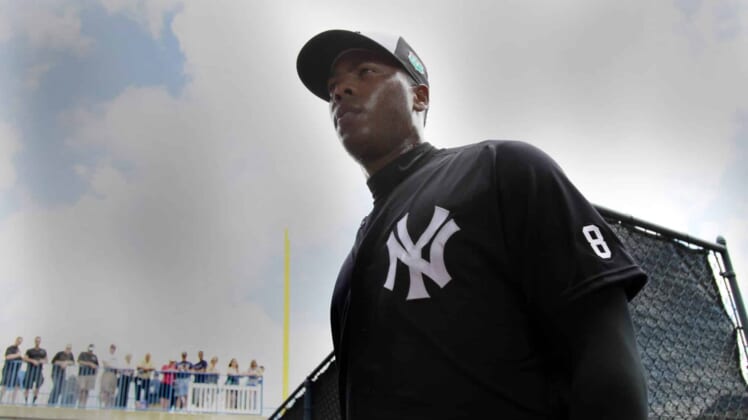 When you look across the MLB landscape, one important aspect often sets teams apart.

Contenders separate themselves from the fringe ball clubs in large part due to the bullpen. It’s more than having just one dominant closer in the ninth inning, it’s a collection of skilled arms filling multiple roles.

Rotations and lineups can help carry a team to the playoffs, but it’s the bullpen that will play the deciding role in who advances during the postseason. It won’t decide who wins on its own, but it stands to reason one of the game’s best relief corps will help win it all.

Here are the 10 best bullpens among this year’s playoff contenders.

Headlined by Seranthony Dominguez and Victor Arano, Philadelphia’s bullpen will face some concerns over experience if it makes a postseason run. The concerns are even more pressing given Dominguez’s struggles when asked to pitch on back-to-back days.

The key here will be Dominguez, who was just converted to a relief role this season. Pitching on zero days rest, he has posted a 9.82 ERA and 11/8 K/BB ratio across nine games.

When given a day of rest, Dominguez has a 1.20 ERA with an 18/2 K/BB ratio in 15 innings. This will all come to Dominguez — either he learns to pitch on back-to-back days or the Phillies must learn to operate without him at critical times.

When everything is right, Milwaukee has one of the best bullpens in all of baseball. The acquisition of Joakim Soria further solidified this relief corps. Unfortunately, things have gone a bit downhill since.

As Corey Knebel loses grip of his role as closer and Soria sits on the 10-day disabled list with a quad strain, this team is facing an upcoming stretch where it will be difficult to trust the bullpen.

When that happens, bad decisions can be made with starting pitchers and it could spiral towards further issues in the coming weeks. 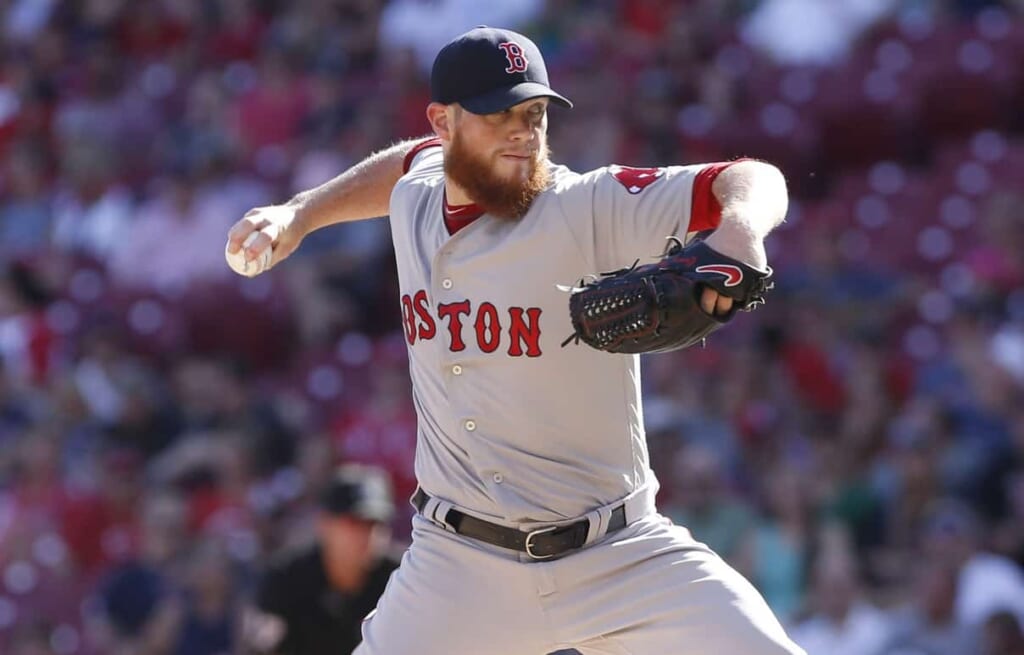 Boston was one of the few teams that didn’t add to their bullpen at July’s non-waiver trade deadline. While a few weeks remain for the front office to add a reliever, it seems likely the group at Fenway Park will remain the same.

Headlined by Craig Kimbrel, the Red Sox arguably have one of the best relievers in the history of baseball. There should be some concern with the Boston’s late-inning relievers, specifically Kimbrel and Joe Kelly. Over the last 30 days, Kelly has a 5.23 ERA with a 6.10 BB/9, while Kimbrel carries a 5.23 ERA.

Given Kimbrel’s track record, he should turn it around way before the postseason begins. If Kelly can return to the excellence we saw from him in 2017, the Kelly-Matt Barnes-Kimbrel bullpen lineup can get the job done in the postseason.

Chicago finds itself lower on this list than you might have guessed in part due to closer Brandon Morrow’s injury. When healthy, he is an All-Star pitcher who can be dominant at any given moment. We see it in the club’s collective ERA of 3.34 with a .221 BAA from the relief corps on the year. This can be a great group that becomes even stronger with a quality rotation.

Unfortunately, Morrow is on the disabled list and injuries have sidelined him repeatedly in his career. Meanwhile, Chicago’s bullpen posted a 4.47 ERA and has seen their K/9 drop from 8.84 on the year to 7.28 over the recent span.

This bullpen is significantly better when it can mix Pedro Strop, Carl Edwards Jr. and Brandon Kintzler in the late innings then have Morrow close it out. The Cubs need Morrow to stay healthy for all this to happen. 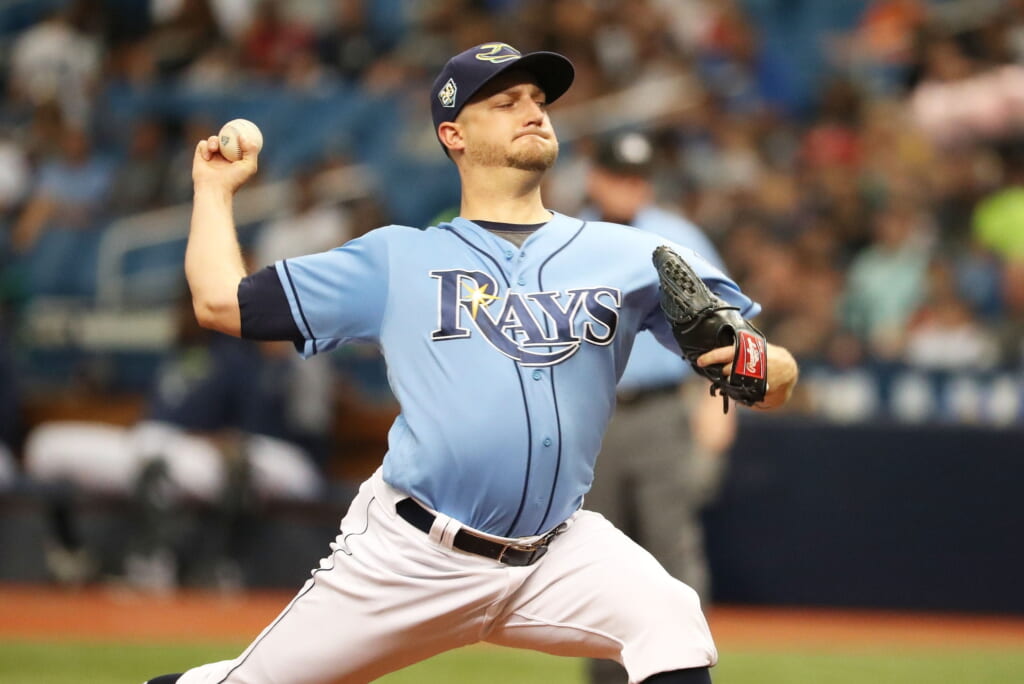 Arizona has one of the deepest bullpens in the National League with some quality arms in the late innings and a plethora of relievers who can work in multiple roles for the skipper.

The Diamondbacks worked effectively at the deadline, adding relievers to solidify different roles in the bullpen from a long reliever in Matt Andriese to specialists like Brad Ziegler. Closer Brad Boxberger has been sharp this season, though his high walk rate and home rune rates leave plenty to be desired.

Really, Boxberger is the biggest question mark of this bullpen. The question will be if Arizona is willing to turn to All-Star reliever Archie Bradley, who has been used in the past in the eighth inning. This is a very good bullpen, but it still may not be enough to make it to the postseason.

The Dodgers’ bullpen is a bit of a puzzle. The team recently shifted Kenta Maeda and Ross Stripling into relief roles. Meanwhile former top prospect Julio Urias should be ready to join the team’s pen in a matter of weeks.

Given Kenley Jansen’s absence is due to an irregular heartbeat, he should be in the clear to return in September. Urias gives them an electric, left-handed arm to use out of the pen, while Maeda excelled last postseason as a reliever with a 0.84 ERA and 0.66 WHIP.

Los Angeles’ trio of Urias-Maeda-Jansen can be electric. Beyond them, Stripling offers them length out of the bullpen and Scott Alexander is another southpaw who can pitch in the late innings. On top of it all, the Dodgers have Josh Fields who has dominated this season with a 0.93 WHIP over 34.1 innings and could soon be back off the disabled list.

Frankly, Cleveland’s bullpen has been awful for much of the season. A bullpen that received high praise thanks to the duo of Andrew Miller and Cody Allen became one of the worst in baseball. The front office recognized it needed to strengthen the pen to have any shot at a World Series title. So the Indians acquired Brad Hand and Adam Cimber, who have paired nicely with a bullpen that is quickly turning things around.

Over the last 30 days, Cleveland’s relievers have combined for a 3.45 ERA and held opponents to a .237 batting average. Meanwhile, Andrew Miller is healthy and has allowed just one hit across 16 batters faced since his return. This bullpen is ready to rock and roll in the postseason. 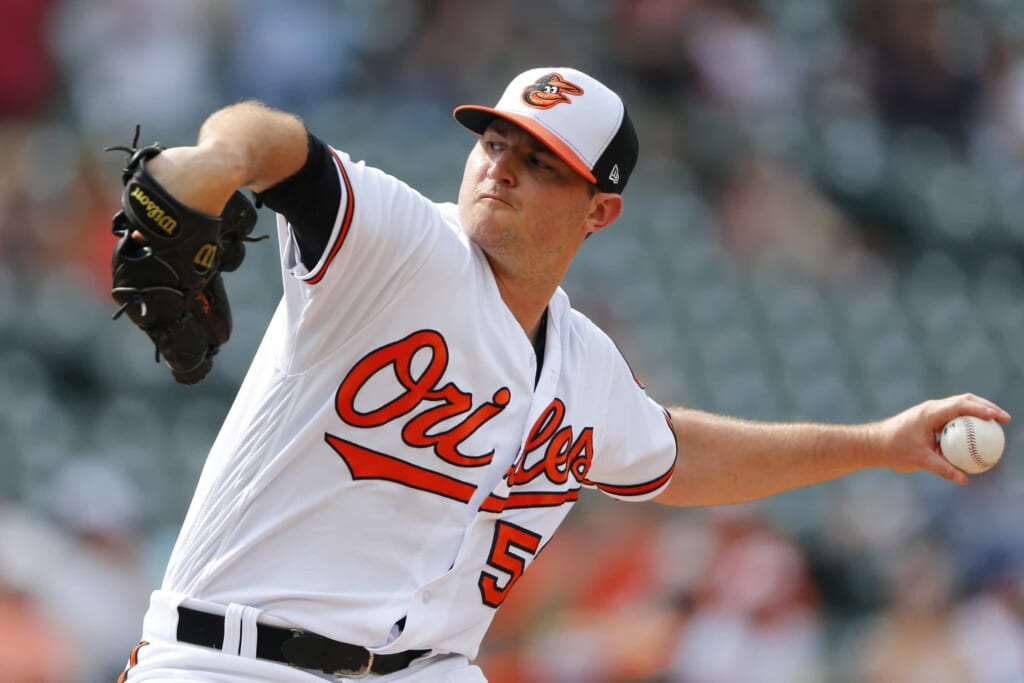 When things are going well, this is the best bullpen in baseball. Aroldis Chapman can be dominant, Zach Britton is an All-Star closer serving as a late-inning southpaw. Behind them, Dellin Betances, David Robertson and Chad Green can throw shutdown innings with the best of them.

It should come as no surprise to see their bullpen holds a .209 BAA with a 3.13 ERA and 11.56 K/9 this season. Recently though, things have spiraled out of control as seen in the bullpen’s 5.17 ERA. While Betances and Robertson have excelled, Britton (7.11 ERA), Green (6.30 ERA) and Chapman (6.43 ERA) have struggled. This needs to be corrected or New York might not make it out of a wild-card game.

Houston boasts an excellent group of relievers, but there is a higher ceiling. The Astros can take it to another level if health is on their side and the front office is willing to promote a top prospect.

The Astros hit gold with Hector Rondon at closer as the 30-year-old carries a. 2.27 ERA, 1.08 WHIP and 54 strikeouts in 43.2 innings. Houston also discovered a gem moving Colin McHugh to the bullpen as demonstrated in his 0.98 ERA across 55 innings.

Credit to Oakland’s front office for turning an element that was already a strength into pure dominance.

Closer Blake Treinen has been sensational, especially as of late with a 0.69 ERA, 15.92 K/9 and a .133 batting average. Meanwhile, Jeurys Familia has pitched brilliantly since landing in Oakland with a 1.64 ERA and 0.91 WHIP in 11 innings.

Oakland also acquired relievers Fernando Rodney and Shawn Kelley, both of whom can serve as set-up men to Treinen.

Now they need Lou Trivino, who posted a 1.22 ERA before the All-Star Break, to emerge from a slump. If that happens, this group could cover five-plus innings and dominate them.