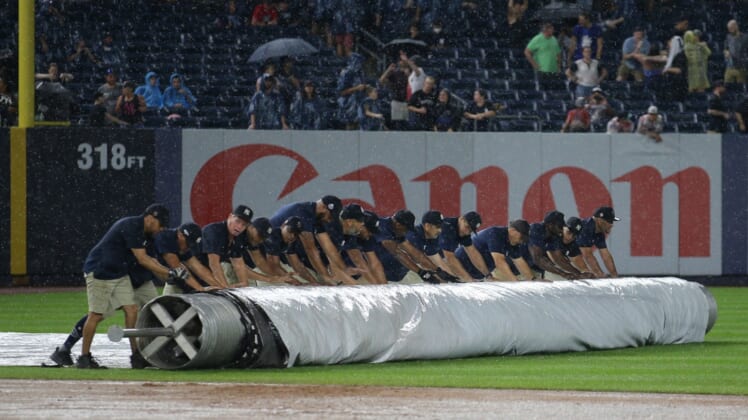 Friday night’s game between the Texas Rangers and New York Yankees at Yankee Stadium has been postponed due to a forecast of sustained inclement weather.

The game will be made up on Sunday as the second half of a single-admission doubleheader, starting at 1:35 p.m. ET. The second contest will start approximately 30 minutes after the first game ends.

The Yankees, who had an 11-game winning streak snapped in a 2-1 loss at Toronto on Wednesday night, have the best record in the majors at 18-7.

The Rangers are on a four-game winning streak, including a two-game sweep in Philadelphia.

Both teams were off Thursday.