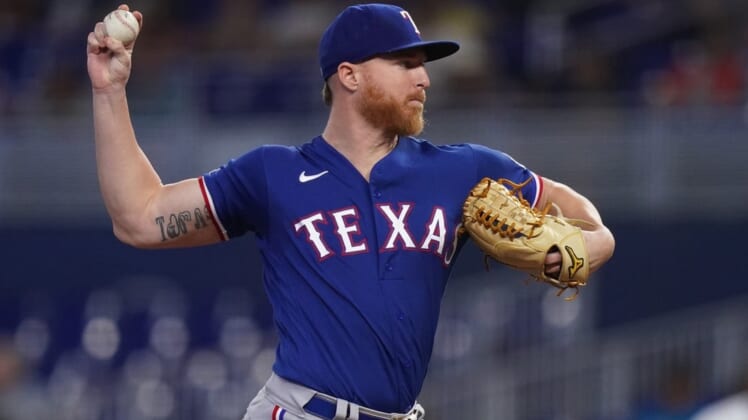 Texas opened the scoring with three runs on a bunch of soft contact in the third. Leadoff batter Ezequiel Duran chopped an infield single, went to second when Marcus Semien was grazed with a pitch and scored on Nathaniel Lowe’s solid hit to left-center.

The rally continued as Jonah Heim got an RBI by hitting away from the shift with a single through the vacant shortstop hole. Garcia capped the rally with an infield RBI single.

Texas made it 5-0 in the fifth as Heim drew a two-out walk and Garcia followed with his opposite-field homer to right. Marlins right fielder Avisail Garcia might have had a shot to catch the ball as it barely cleared the fence, but he got turned around and was never able to jump for the ball.

Miami threatened in the bottom of the fifth, placing runners on second and third. But All-Star Garrett Cooper struck out on a 3-2 slider out of the strike zone.

The Rangers made it 6-0 in the eighth when Leody Taveras singled and scored on Elier Hernandez’s double down the left-field line. Taveras added a two-run double past third base in the ninth.

Miami got runners on second and third with two outs in the bottom of the ninth. But Jacob Stallings grounded out to end the game.

Texas rested shortstop Corey Seager, who had to fly in from Los Angeles after competing in Tuesday’s All-Star Game.