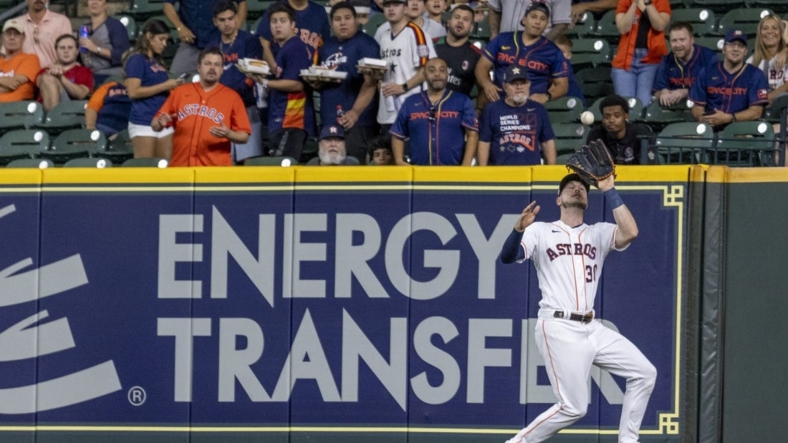 The Texas Rangers cashed in on a couple of breaks, including Corey Seager scoring on Framber Valdez’s wild pitch in the seventh inning, while edging the host Houston Astros 4-3 on Tuesday.

Rangers reliever Jose Leclerc stranded Jose Altuve at second base in the ninth inning to record his third save. Taylor Hearn (6-7) picked up the win with two scoreless innings out of the bullpen.

Although Valdez (14-5) took the loss, the left-hander did extend his quality start streak to 23 games, one shy of Jacob deGrom’s major league record within a single season. deGrom set his mark with the New York Mets in 2018.

In 6 2/3 innings, Valdez gave up four runs, but just two earned, while striking out 11. He yielded six hits and was hurt by four walks.

With the score tied at 3 in the seventh inning, Seager reached with one out on first baseman Yuli Gurriel’s error. Seager went to second on Nathaniel Lowe’s single, to third on a fielder’s choice and scored on Valdez’s wild pitch on ball four to Mark Mathias.

Valdez’s streak was threatened in the second inning when the Rangers scored three runs, two of them earned.

Mathias walked to open the frame, Leody Taveras singled, and Ezequiel Duran delivered a two-run double to right. Duran scored the third run when Sam Huff hit an infield single to second base that was compounded by Altuve’s throwing error.

The Astros responded by manufacturing a run in the bottom of the second. Kyle Tucker singled, took second on Huff’s passed ball, stole third and scored on Gurriel’s groundout.

Altuve made it a one-run game with an opposite-field home run in the third inning, his 24th of the season.

Houston pulled even at 3-3 in the fourth inning on Chas McCormick’s fielder’s-choice RBI. Tucker singled, stole second, moved up on J.J. Matijevic’s infield single and came home on McCormick’s grounder to shortstop.