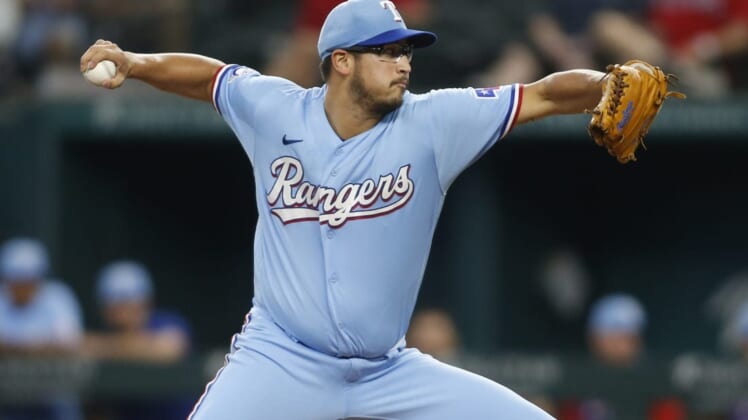 Dunning started Sunday’s 6-5 loss to Minnesota, giving up four runs in 2 1/3 innings. He is 1-6 with a 4.42 ERA this season, and the Rangers have lost the last 10 games he has started. Allard was 0-2 with one save and a 5.06 ERA in seven appearances with Texas earlier this season.

The Rangers recalled catcher/first baseman Sam Huff from Round Rock to replace Garver on their roster. Garver had been limited to a DH role by his arm injury the past few months. Huff hit .282 with a home run and five RBIs in 27 games with Texas earlier this season.