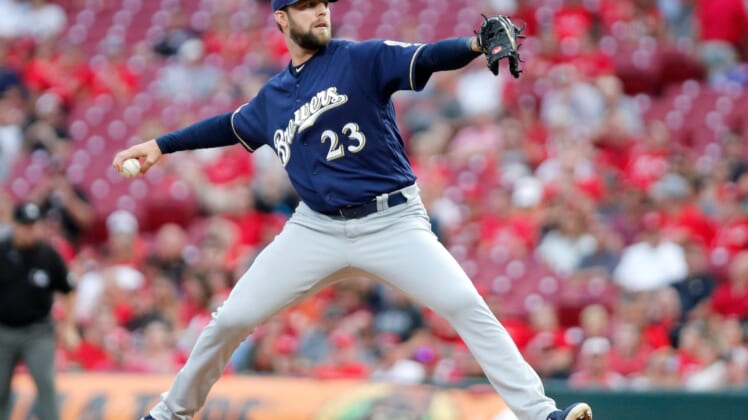 The Texas Rangers came into the winter expected to be aggressive in free agency. Now, the team has reportedly made its first big move by signing right-handed pitcher Jordan Lyles.

According to ESPN’s Jeff Passan, Lyles is headed to Texas and signing a two-year contract worth $16 million.

Lyles struggled mightily with the Pittsburgh Pirates during the first half of the 2019 season with a 5.36 ERA and 1.47 WHIP in 17 starts. A change of scenery seemed to turn things around.

After being traded to the Milwaukee Brewers before the trade deadline, Lyles posted a 2.45 ERA and 1.11 WHIP with 56 strikeouts across 58.2 innings.

The 29-year-old will be allowed to compete for a shot in Texas’ rotation during spring training. Given the amount of money he’s receiving, the Rangers clearly believe the Brewers’ version of Lyles is the one that they’ll have for the next two seasons.