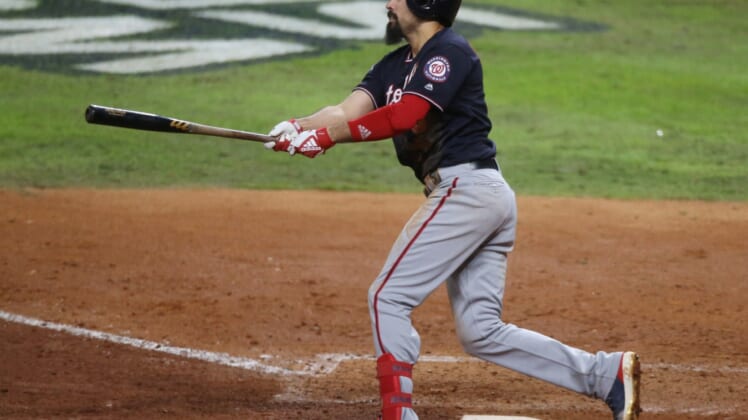 Before the Texas Rangers head into their new ballpark in 2020, the team is looking to the offseason to add a few big names to contend in the stadium. Now, the team is narrowing its focus on All-Star third baseman Anthony Rendon.

According to The Dallas Morning News’ Evan Grant, Texas is focusing its efforts on Rendon with its financial resources and time now centered on bringing him home to Texas.

The 29-year-old grew up in Texas and received All-State honors as a shortstop in Houston. He went on to play baseball at Rice University for three seasons before being drafted with the No. 6 pick in the 2011 MLB Draft by the Washington Nationals.

Rendon isn’t expected to return to the Nationals with ownership stating that the team couldn’t afford him and Stephen Strasburg. Even with his former team likely out of the picture, Rendon is drawing interest from the Philadelphia Phillies, Chicago White Sox and Los Angeles Dodgers.

After previously turning down a seven-year deal worth more than $210 million during the season, Rendon will almost certainly land an even larger deal this winter.