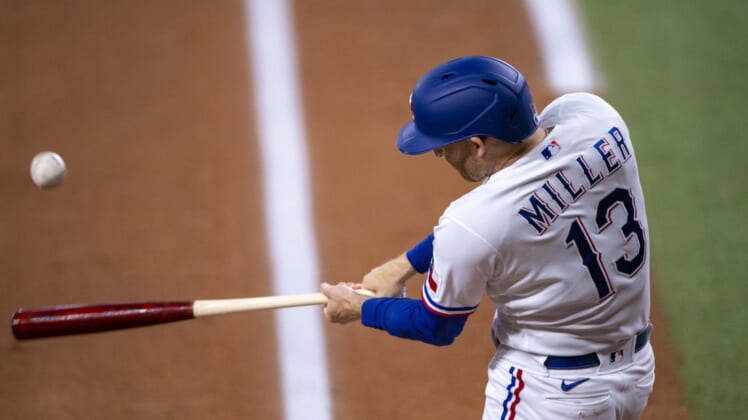 The Texas Rangers recalled infielder Ezequiel Duran from Triple-A Round Rock in time to be available for Thursday afternoon’s game in Miami.

The Rangers placed infielder/outfielder Brad Miller on the 10-day injured list, retroactive to Monday, with a neck strain. The earliest eligible return for Miller is next Thursday.

Duran, 23, saw his first career Major League action earlier this season, batting .258 with two home runs and eight RBIs over 16 games in June with the Rangers.

Miller last played Sunday, when he went 0-for-3 with a walk as the designated hitter against the Seattle Mariners. He had been scratched from the lineup the previous day due to neck tightness.

In 65 games for Texas this season, Miller is batting .207 with seven home runs and 29 RBIs.