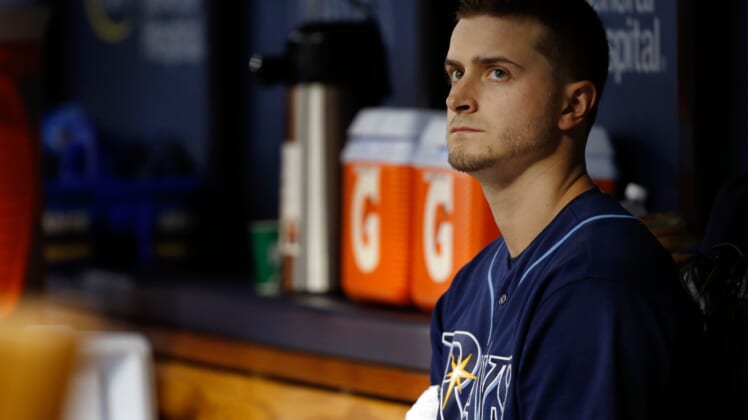 So it would stand to reason that one of these teams might end up being a buyer while the other team looks to sell off assets in order to acquire young talent.

According to ESPN’s Jim Bowden, this appears to be the case. The MLB insider is reporting that the Rays and Rangers are in discussions regarding a deal that would send Jake Odorizzi to Texas.

“Rays and Rangers have had trade talks regarding a deal that would send Jake Odorizzi to the Rangers in exchange for a bat,” the report read. “Rays are known to have interest in Jurickson Profar, Joey Gallo and Lewis Brinson. The teams are not close to a deal but dialogue continues according to sources familiar with the talks.”

This would be a huge get for a Rangers team that already boasts two top-end pitchers in Cole Hamels and Martin Perez.

Though, injuries to Colby Lewis (60-day DL) and Derek Holland (15-day DL) has put the Rangers rotation depth into question.

For his part, the 26-year-old Odorizzi is having himself another decent season in Tampa. While he’s only won three games in 17 starts, the youngster is striking out nearly a hitter per inning while posting a solid 3.91 ERA and 1.22 WHIP.

It remains to be seen who Tampa Bay might ask for in exchange for the starter, but Joey Gallo would seem to be an expensive asking price. Considered one of the top power-hitting prospects in the game, the 22-year-old Gallo has hit 14 homers in 53 games in Triple-A this season.

He was ranked as Baseball America’s 10th-best prospect heading into the 2016 season.