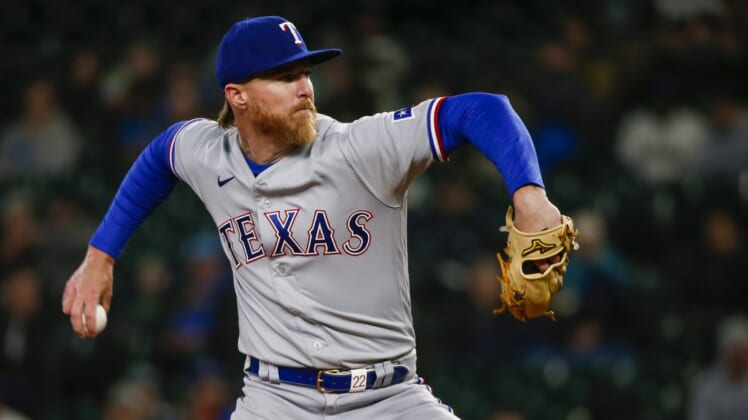 Texas Rangers pitcher Jon Gray is headed back to the injured list, this time with a left knee sprain.

Gray was hurt during his start Tuesday night vs. Seattle. He had just returned from the IL after being out with a blister on his right middle finger.

Gray, who signed a $56 million, four-year deal with the Rangers in the offseason, said the knee injury occurred on his first pitch vs. the Mariners as he reacted to a fake bunt attempt. He is expected to go on the IL on Friday.

Rangers general manager Chris Young said right-hander Glenn Otto will be brought up from Triple-A Round Rock to start Friday night’s game at Oakland. Otto was 0-3 with a 9.26 ERA in six starts for the Rangers last season in his big league debut.

Spencer Howard had been scheduled to start on Friday but will be moved into Gray’s spot in the rotation on Sunday vs. the A’s.