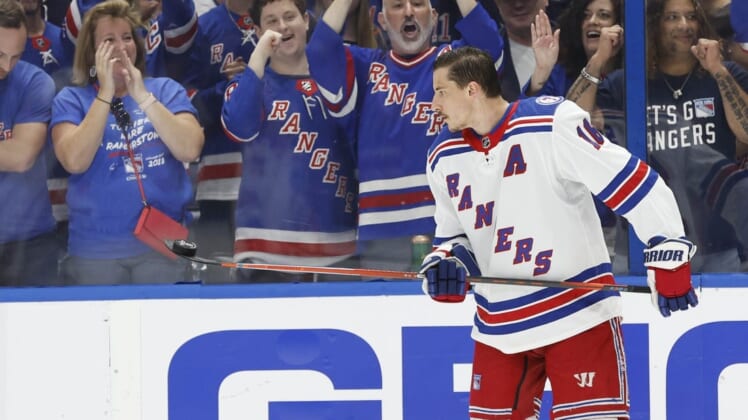 Strome did not skate with the team Monday after exiting with a lower-body injury in Sunday’s 3-2 loss to the host Tampa Bay Lightning in Game 3.

The Rangers have a 2-1 lead in the best-of-seven series that continues Tuesday night in Tampa, Fla.

Strome was cross-checked in the lower back by Lightning forward Ondrej Palat early in the second period Sunday. He later returned to the game for one shift, but ultimately headed to the locker room for treatment and finished with two shots on goal in 7:22 of ice time.

Strome, 28, has two goals and seven assists in 17 games this postseason but has yet to score in this series against the two-time defending Stanley Cup champions.