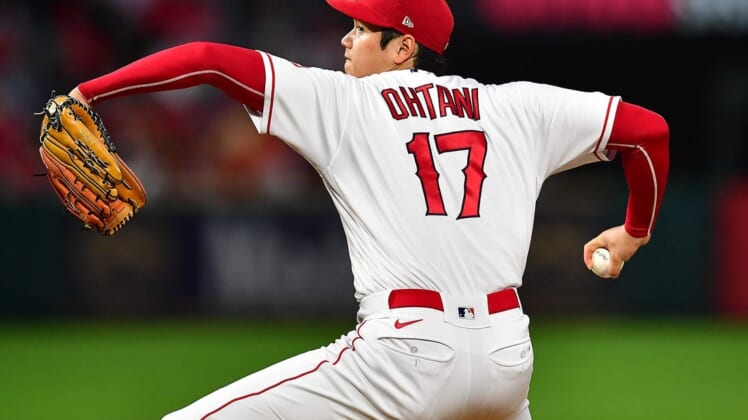 Howard (2-2) gave up three hits in five scoreless innings, striking out five and not walking a batter. He also held Ohtani hitless at the plate.

Ohtani (9-6) gave up two runs in six innings, a solid performance but not good enough on a night when the Los Angeles offense was silent.

On the mound, Ohtani struck out 11 and did not walk a batter. The right-hander now has double-digit strikeouts in six consecutive games, tallying a total of 68 during that stretch.

The Rangers put together just enough offense, getting a solo homer from Nathaniel Lowe and an RBI double from Seager against Ohtani. Lowe also had a triple in the game.

The Rangers put pressure on Ohtani at the outset, getting consecutive singles by Marcus Semien, Seager and Jonah Heim to load the bases with no outs in the first inning.

Ohtani responded by striking out the next three hitters in order — Lowe, Adolis Garcia and Leody Taveras — to get out of the inning.

The game remained scoreless until the fourth when Lowe led off the inning with solo homer, hitting a 1-1 slider from Ohtani over the fence in right-center for a 1-0 lead.

The Rangers doubled the margin in the fifth when Josh H. Smith singled with one out and then scored on a two-out double by Seager. Earlier in his at-bat, Seager fouled a ball off his right calf, and he left the game an inning later.

The Angels had opportunities but went 0-for-7 with runners in scoring position. Luis Rengifo, who began the game at third base before moving to second, had three of the Angels’ five hits, a single, a double and a triple.

Infielder David Fletcher returned to the Angels’ lineup for the first time since May 7, having recovered from hip surgery. Fletcher, who started at second base and later moved to shortstop, doubled in his first at-bat and finished 1-for-3.