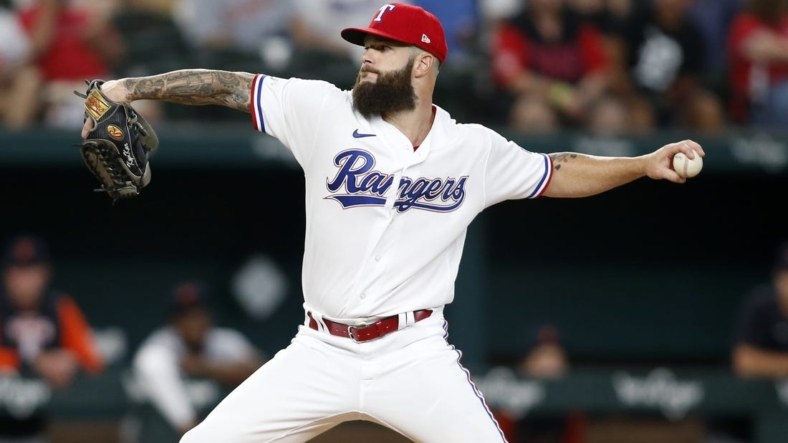 The 34-year-old left-hander was 0-2 with a 12.60 ERA in two starts for the Rangers. He allowed seven runs on seven hits in Friday’s 9-1 loss to the host Boston Red Sox.

Overall this season, Keuchel is 2-9 with a 9.20 ERA in 14 starts for the Chicago White Sox, Arizona Diamondbacks and Texas.

With Houston, he won the American League Cy Young in 2015 and made the All-Star team in 2015 and 2017. Keuchel is also a five-time Gold Glove winner.

The Rangers recalled left-hander John King from Triple-A Round Rock in a corresponding move ahead of Sunday’s series finale in Boston.