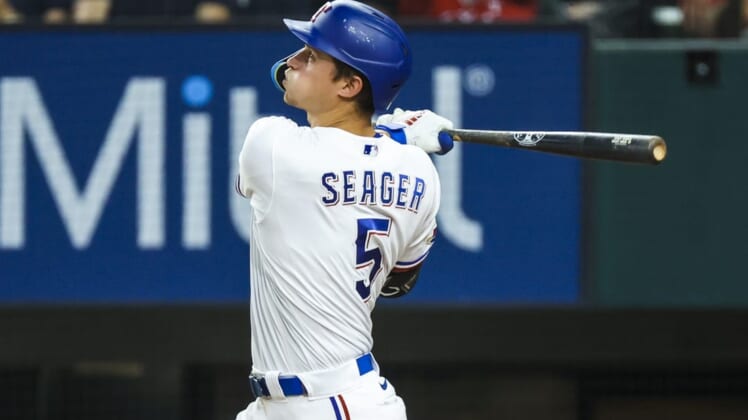 Texas Rangers shortstop Corey Seager on Thursday was named to the American League roster for the upcoming MLB All-Star Game at Dodger Stadium in Los Angeles.

Seager, who is headed to his third All-Star Game, was selected as an injury replacement for Toronto Blue Jays outfielder George Springer.

The reigning AL Player of the Week, Seager is batting .245 with 21 homers and 48 RBIs over 84 games this season heading into play on Thursday.

Springer, 32, reportedly opted to rest his ailing elbow as opposed to play in the All-Star Game.