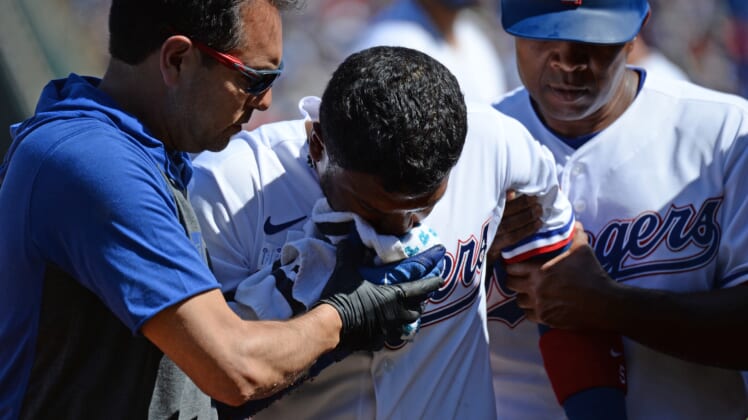 An ugly incident occurred during Sunday’s Spring Training game between the Texas Rangers and Los Angeles Dodgers. Texas outfielder Willie Calhoun was hit in the face on a fastball from Dodgers pitcher Julio Urias.

Calhoun was almost immediately taken to the hospital for tests. The Rangers have now announced that he suffered a fractured jaw and will undergo further tests on Monday.

That’s obviously not great news for the young outfielder and his team. Calhoun will obviously be sidelined for a while. His status for Opening Day is now officially in question.

Calhoun, 25, hit .269 with 21 homers and 48 RBI last season. Texas is expecting big things from the slugger moving forward. That will now have to wait some time.