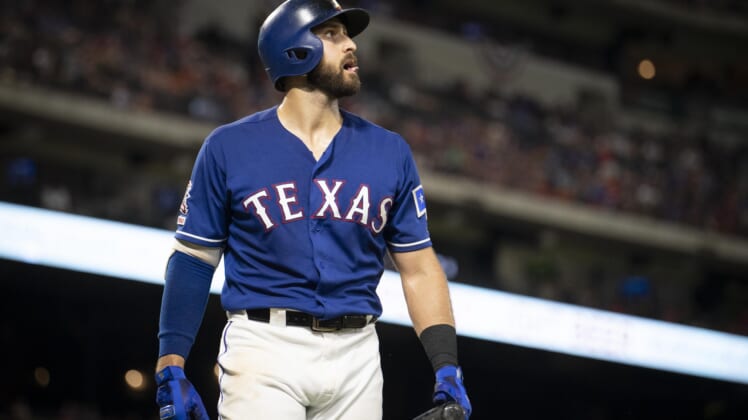 In the midst of a breakout season, Texas Rangers All-Star outfielder Joey Gallo will now be sidelined for the foreseeable future after suffering a broken hamate bone in his right wrist.

According to The Athletic’s Levi Weaver, further tests revealed Gallo suffered a broken hamate during Tuesday’s game and he will now undergo surgery.

It’s a massive blow for the Rangers at a time when the team was already falling down the standings and reportedly considering being sellers at the trade deadline.

The nature of the injury would cause Gallo to miss at least a month of action and he Amy not be back until September. Even upon his return, Gallo’s iconic power could be limited with his wrist not able to generate as much power on swings.

The 25-year-old has been phenomenal this season with 22 home runs, 49 RBI and a .986 OPS across 70 games in the heart of Texas’ lineup. In his absence, Texas will likely promote outfielder Willie Calhoun to the active roster and he could see regular playing time moving forward.