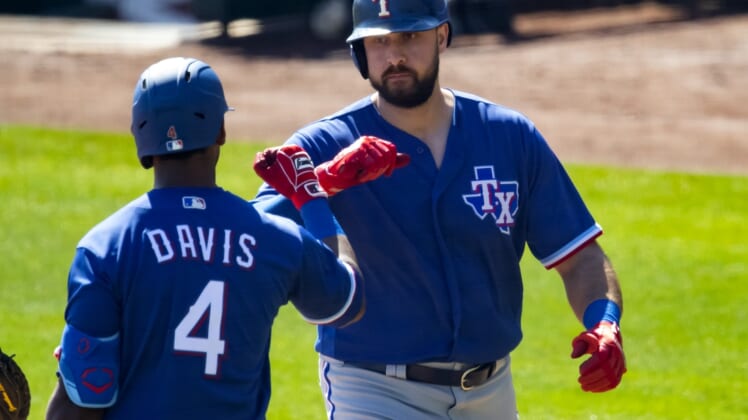 Veteran designated hitter Khris Davis, who has been out all season with a strained left quadriceps, has been activated off the 10-day injured list by the Texas Rangers.

In a corresponding move, Eli White has been optioned to Triple-A Round Rock. Davis is not in the starting lineup for Saturday night’s home game against the Seattle Mariners.

Davis, 33, opened the season on the IL with a Grade 2 left quad strain he suffered during a spring training game against the Angels on March 23.

In a Feb. 6 trade with the Oakland Athletics, the Rangers acquired Davis along with catcher Jonah Heim and RHP Dane Acker in exchange for shortstop Elvis Andrus, catcher Aramis Garcia and cash considerations.